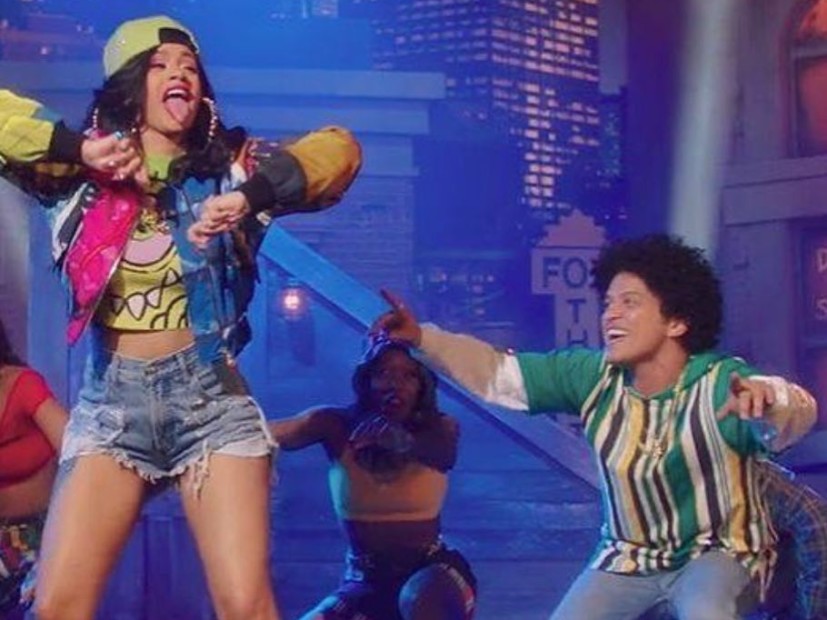 New York City, NY – Cardi B’s winning streak is showing no signs of letting up. The Bronx-born rapper has broken yet another chart record by becoming the first female artist to have five entries in the Top 10 of Billboard’s Hot R&B/Hip Hop Songs chart at the same time. In addition, Cardi B becomes the only artist to have achieved this feat with her first five chart entries.

Cardi B was previously tied with Beyoncé, who in May of 2016 had four songs rank within the chart’s Top 10 at the same time, according to Billboard.

There are only two other acts who have had five simultaneous entries within the Top 10 in the chart’s 60-year history: Drake in 2016 (eight times) and Kendrick Lamar in 2017 (once).

For the week of January 20, Cardi B’s collaboration with Bruno Mars, “Finesse,” lands at #1 in its first full week of tracking. The entry gives Cardi her second #1 on the chart following her debut breakout single, “Bodak Yellow.”

Elsewhere on the chart, G-Eazy’s “No Limit,” which features Cardi B and A$AP Rocky, comes in a #3. At #4, there’s the Cardi B-assisted “MotorSport” alongside Migos and Nicki Minaj. The Bronx rapper’s recently released song “Bartier Cardi” lands at #7 and finally, Cardi’s debut single “Bodak Yellow” holds on at #10.

Cardi B’s latest triumph on the charts comes just a few weeks after she became only the third act — alongside The Beatles and Ashanti — to have her first three Hot 100 entries in the Top 10 at the same time.