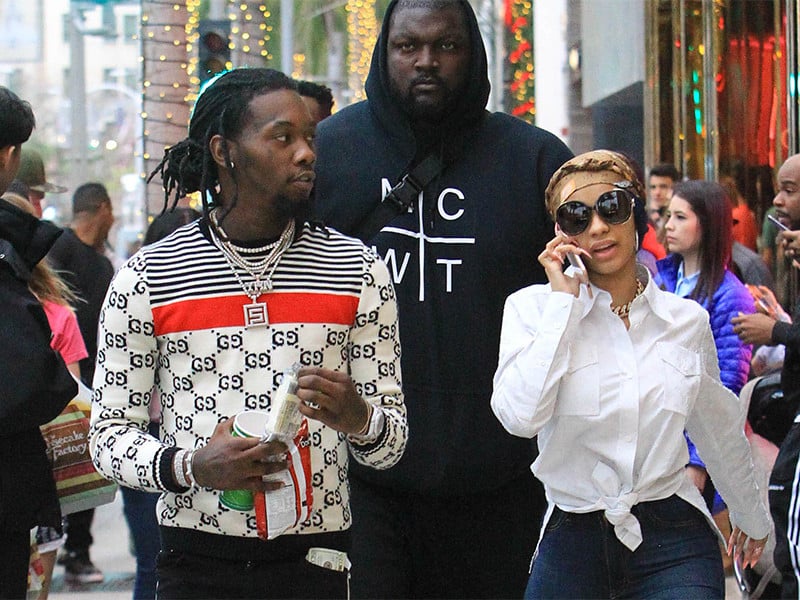 Offset Immortalizes Love For Cardi B With Neck Tattoo

The relationship between rapping lovebirds Cardi B and Offset has been immortalized in ink.

In a video recorded by Cardi B and shared by @theshaderoom, Offset can be seen with a new tattoo on his neck that reads “Cardi B.”

While Cardi doesn’t seem to have followed suit with her own Offset tattoo (yet), she did namedrop her fiance on “Bartier Cardi.”

“Cardi put the pussy on Offset/ Cartier, Cardi B brain on Offset,” Cardi B raps on the 21 Savage-assisted track.

The new tattoo comes as the Migos rapper recently battled allegations of cheating. Additionally, in December, a woman claimed to be pregnant with Offset’s child, but he reportedly lawyered up and said she was just trying to get his money.

If Offset was looking to offset any infidelity rumors with his latest permanent show of devotion, social media will take a little more convincing.

Offset really got a tattoo of cardi B on his neck pic.twitter.com/7SzJ6hDkYr

If you get caught cheating on ya girl you gotta buy her a dog, get a tattoo, or propose to keep her… Offset really going down the list ??

Offset getting that Cardi B tattoo just means he gon be fuckin other girls with her name on his neck now ???

might i add that i am screaming at offset's neck tattoo.

cardi got tired of him acting like a dog and gave his ass a collar.