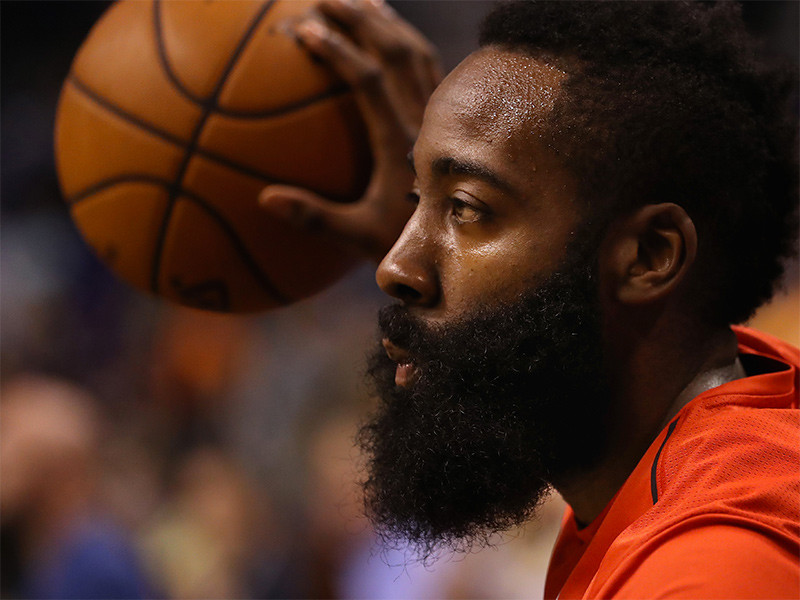 After visiting Meek Mill in prison on Tuesday (December 26), Houston Rockets point guard James Harden reportedly plans to wear a pair of custom “FREE MEEK” sneakers at his team’s upcoming game against the Boston Celtics on Thursday night (December 28), according to Sports Illustrated.

Harden, who has long been a friend (and fan) of Meek Mill, took to Instagram to give an update on the incarcerated rapper’s well-being after visiting him at the State Correctional Institution in Chester, Pennsylvania on Boxing Day.

“His spirit is high and hopefully we can get him out by February,” Harden wrote on social media. “Told me to tell y’all when he get out he got some [fire emoji x6] for y’all.”

#JamesHarden visited #MeekMill in jail last night & he seems to be doing well according to James! Looks like #Meek may be working on some barsss in his spare time too y'all! ??

The sneakers, which feature hand-painted artwork from customizer Kickstradomis, will feature “FREE” and “MEEK” on the upper of both shoes, as well as the MMG logo on the heel.

Free @meekmill Vol. 1s for @jharden13 ? The second pair of the gifts set for the brodie Harden on behalf of @tpizzzle and myself. Had to hit home with this pair to make a statement. #teamkickstradomis #freemeek

#freemeek Vol. 1s Video! ?: @meekmill – Save Me Made this pair for @jharden13 on behalf of my bro @tpizzzle and myself. James and @meekmill are long time friends and we wanted to create a pair that was close to home and had alot of meaning behind them. This is what we came up with! @richforever #mmg

In early November, Meek Mill was sentenced to between two and four years in prison for parole violations.

In early December, Meek’s request to be released on bail was denied after his judge deemed him a “danger” to the community and a flight risk.