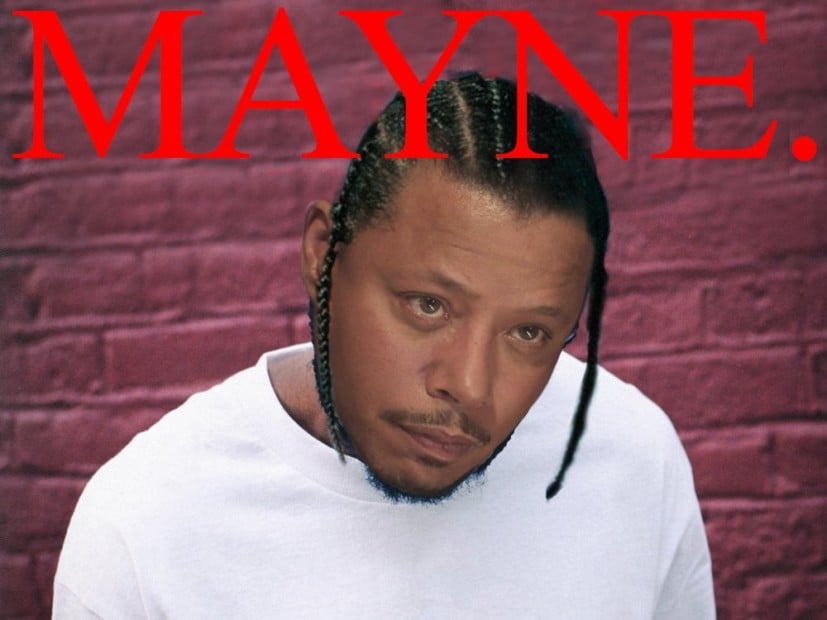 Terrence Howard "Mayne" Memes Are Closing Out 2017 With A "LMAO"

Twitterverse – For the past 24 hours, Empire emeritus Terrence Howard has been the brunt of a Twitter meme spree that has garnered thousands of retweets and plenty of real-time laughs.

For no good reason at all, Chicago Bears podcast “79th And Halas” co-host Flows Andolini had a simple request: he’d like to see Howard photoshopped as a Star Wars Jedi Knight.

Someone Photoshop Terrence Howard as a Jedi

Almost immediately, the creativity of the internet immediately flourished, with everyone personalizing the memes using Howard’s suave typecast “mayne” catchphrase.

“Why so serious, mayne?!” pic.twitter.com/RM2tJsss6d

"Get this man a shield Mayne." pic.twitter.com/ErsoUD2e1X

Ay, you merely adopted the dark mayne. Shiiiit I was born in it, moulded by dat muthafucka pic.twitter.com/rWMYCaLux1

Fredo mayne i knew it was you. and I swear mayne you broke my dam heart mayne pic.twitter.com/lv3gt5PA5r

“Here’s looking at you, mayne” pic.twitter.com/Lb8RT7eOJj

“You’ll float too, mayne” – Terrance Howard in It 2017 pic.twitter.com/5hTxlDTkku

"It don't matter if it's an inch or a mile, a win is a win mayne" pic.twitter.com/9cqeQepyBo

“All my life i had to fight mayne” pic.twitter.com/NmPcXy9KV9

“Do you wanna build a snow mayne?” pic.twitter.com/M4mzktUoE0

…and TV combined with other sorts of foolishness…

“Mayne how come that mayne don’t want me mayne” pic.twitter.com/Hlcsdm3w5T

"Arya, you wanna be a Faceless Mayne?" pic.twitter.com/WnuzKgYEhh

G if y’all don’t get the FUCK LMAO pic.twitter.com/K2wDqGllfR

This isn’t Howard’s first time getting clowned over his liberal use of “mayne,” either.

Back in 2008, Jamie Foxx felt a bit aways over a CNN interview Howard conducted panning his Ray co-star’s music and Foxx went in during a Big Boy interview of his own.

A few years later, Howard would appear on Sway in the Morning to openly apologize for the diss.