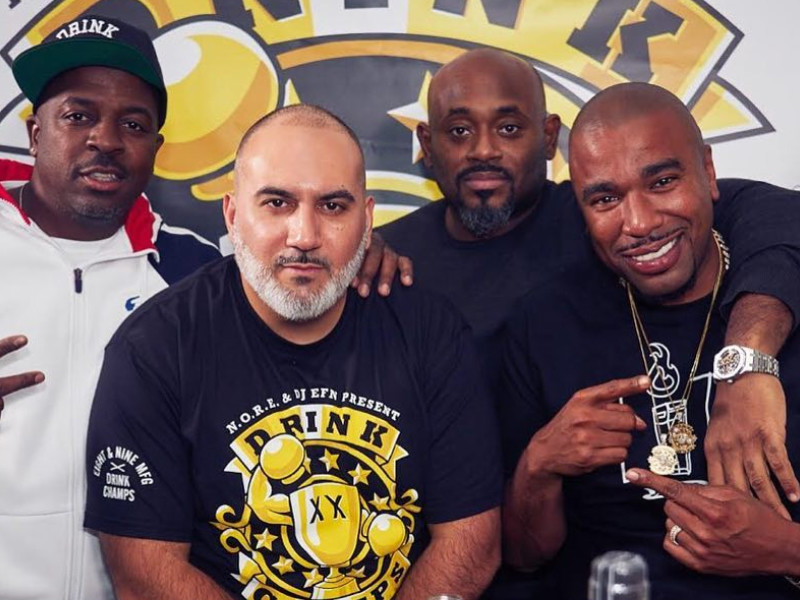 Steve Stoute, a Hip Hop mogul often regarded as one of the more important people in the industry, dropped by Revolt’s Drink Champs alongside Tone (from the production duo Trackmasters) to spill a healthy amount of tea for Hip Hop heads.

The two covered a lot of ground with hosts N.O.R.E. and DJ EFN, but the most intriguing revelation was about one of rap’s most iconic diss tracks. According to Stoute, there was an entirely different version of Nas’ “Ether” that almost made its way onto Stillmatic — and it was terrible.

When N.O.R.E. asked Stoute whether he was nervous upon hearing “Takeover,” the exec replied, “Nervous was an understatement.” He noted that he and JAY had become friendly around that time, which made it sting more.

“He’s a secretive dude and didn’t tell me he was going to do that … I felt betrayed.”

“I thought Nas’ career was over,” Stoute admits. “He wasn’t taking it as seriously. There was a lot of shit he was dealing with [at the time].”

According to Stoute, the “Ether” beat was originally sent to Nas without any intention of it becoming a diss record. The legendary MC wasn’t feeling it though and soon, the two weren’t even on speaking terms — despite Stoute executively producing Stillmatic.

“It was the lowest point in our relationship,” Stoute told N.O.R.E. and EFN.

That all changed when Nas called him to the studio the night before the album was due to be mastered. Nas played “Ether” for Stoute, apparently looking for feedback on whether he’d gone too far.

“I take off my coat like, ‘We staying here all night. We gotta fix this,'” he told Nas. “This is a mess … if this shit comes out, your career is over.”

The existence of an alternate version of “Ether” was first brought to light by producer Large Professor on ThisIs50 Radio back in 2012.

“When Nas was first working on ‘Ether,’ it was over a Swizz Beatz beat,” he said, referencing the fact that it had the original lyrics. It’s unclear if these are the same lyrics that Stoute felt were terrible.

These lyrics have appeared on multiple forums and discussion boards over the years and included shots at Fat Joe and Big Pun. However, the absence of a credible original source has always made fans skeptical of the validity.

“This was Ali and Frasier,” Stoute said, referencing the historic battle. “We were punching each other in the muthafuckin’ face [lyrically]. Nobody got shot, nobody got stabbed … we should be bigging that up right now.”

Throughout the three-hour interview, Stoute and Tone recalled working with a young Foxy Brown, what really went down between Diddy and Stoute surrounding the “Hate Me Now” video (there was no bottle swung) and much more.