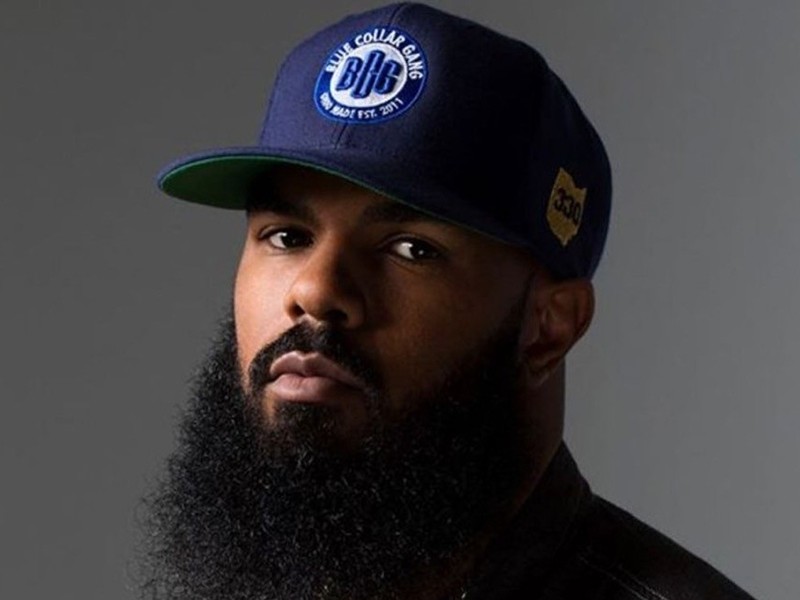 Stalley and M-m-m-aybach Music Group had a nice run but now it’s time for the Blue Collar Gang boss to fully assume the status he constantly raps about.

For his first trick as an indie powerhouse, the Ohio rhyme player shows off how strong his network has grown since moving out to Atlanta with the release of “My Line,” which features a few guys you may have heard of by the name of Migos.

The forceful record premiered on Apple’s Beats 1 Radio with Ebro and crafted by Supah Mario, gives a stern warning to anyone — male or female — who has nothing productive to say when picking up the phone.

As impressive as the “My Line” record stands, it’s part of a bigger package in Tell The Truth: Shame the Devil – Vol. 1., which will be Stalley’s first official release outside the MMG umbrella since signing to the label at the beginning of the decade.

The cover art of the project, illustrated by Kamau, is the first in a three-part series of EPs and the message behind the spiritual imagery tells a story before the listener even pushes play.

“There’s the main character of the story represented by the skeleton because he’s a shell of his former self,” Stalley told HipHopDX during a recent trip to Los Angeles. “On his right side, there’s an angel figure. And on the left side, there’s a devil figure. They also represent lust — which is why you see the titties. That’s a hole in his chest where his heart used to be and the devil has his heart on her plate. The angel on the other side is supposed to represent his conscience or his guardian angel telling him he shouldn’t indulge in the vices in front of him.

“As you can see, he looks like he can’t decide if he wants to take the money or get his heart.”

As for the music, fans can expect Vol. 1 to resemble much of the sentiment heard on “My Line.”

“The music represents that too,” Stalley continued. “This album is real aggressive, real dark; pill-popping, shooting niggas and all that, so I know my fans are gonna be like, ‘what the fuck you on?’ but they have to wait and see how the story unfolds.”

Pre-orders for Tell The Truth: Shame the Devil – Vol. 1. went live ahead of the project’s November 17 drop date.