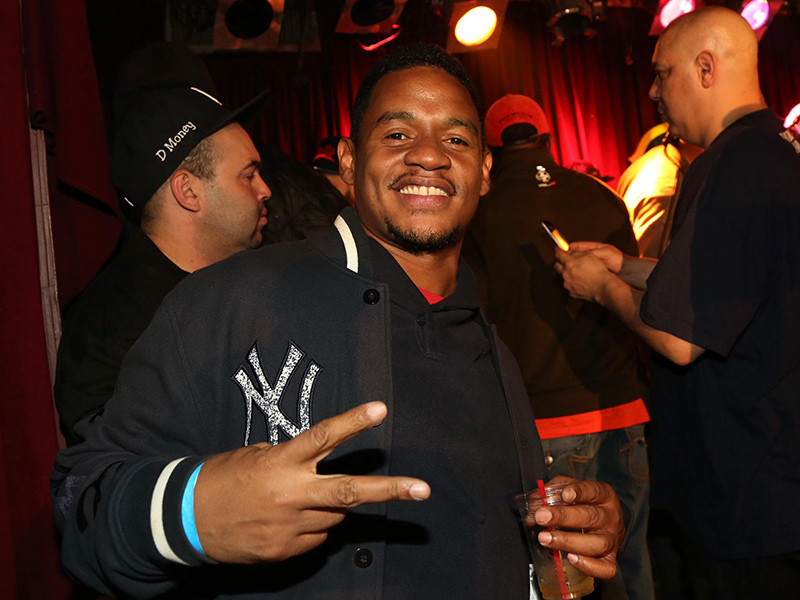 Voodoo Ray, a New York dancer who appeared in some of Hip Hop’s most classic music videos, passed away on Tuesday (October 17).

Tributes have poured in for Ray, born Raymond Ultarte, whose footwork won him a foothold in the early days of Hip Hop and beyond.

Voodoo Ray’s moves can be seen across dozens of music videos, such as Run-DMC’s “It’s Like That,” JAY-Z’s “Sunshine” and Busta Rhymes’ “Put Your Hands Where My Eyes Can See.”

Ultarte was just 50 years old at the time of his passing, and the cause of  death has not been announced. Friend John Rich wrote on Facebook: “I’m so sorry to say that class and practice will be cancelled tomorrow due to the sudden loss of a great dear friend. Rest In Paradise my brother Mr Voodoo Ray.”

Beyond working with many Hip Hop artists throughout the ’80s and ’90s to create visual expressions of their music, Voodoo Ray remained an active promoter of New York nightlife, working with nightclubs and DJs to promote Hip Hop and dance music.

Ultarte has been fondly remembered by those he worked with.

Voodoo Ray man. If you had the time of your life at a New York party in the past 20—chances are this brother was part the reason—�either lighting up the dancefloor w his crew or throwing the actual party. A key fixture in New York club nightlife. It’s never gonna be the same man. Wow man. New York lost a legend last night. Rest easy @MrVoodooRay #VoodooRay

I literally just got news from Toca that Voodoo Ray has passed…
I Told Tony Don't Shut It Down!!! Let's Celebrate His Life
R.I.P. Ray… pic.twitter.com/fSXvgKBFMp

I can’t believe I’m typing this. RIP my brother from another @mrvoodooray. So much I want to say that I can’t manage to say anything at all. See you at the pool tables on the other side.

If you didn't know Voodoo Ray, you probably saw him in one of your favorite music videos or onstage with your favorite artist. RIP ?? pic.twitter.com/Oi4ogCguLd

Rest In Peace To A Very Good Dude Voodoo Ray @mrvoodooray Ray Along With Tony Touch @djtonytouch & Danny Castro @dcashflow74 Gave So Many Of Us DJ’s In NYC An Opportunity To DJ @ They Toca Tues & Funkbox Parties. But Beyond That He Was The Coolest Dude You Would Ever Know. He Always Had A Smile On His Face. His Love For Music Was Impeccable. The Last Time I Saw Ray Was @ His 50th Bday Party In April @ Toca Tues @ Cielo In Manhattan. Rakim Was Scheduled To Come To His 50th Bday Bash But He Couldn’t Make It So Rakim Mgr & Danny Castro Asked Me Would I Come Do A DJ Set To Cover For Rakim. When They Told Me It Was Ray’s 50th Bday I Told Them I Would Most Definitely Do It. When I Started DJ’in @ The Club That Nite I Kept Saying On The Mic “RAY YOU CANNOT BE 50YRS OLD” Ray Came To The Booth & Said “YEAH CEE I’M REALLY 50” This Was The Last Pic We Took Together Which Was @ My 50th Bday Bash @ Cielo In Manhattan In August Of 2016. As You Can See Ray Does Not Look 50!!!! He Looks Young & Vibrant. I’m So Glad That I Was Able To Be There For His Last Bday In Physical Form!!! GODSPEED TO VOODOO RAY!!!! YOU WILL BE SORELY MISSED!!!!! TONY TOUCH & DANNY CASTRO STAY STRONG!!!!

Damn RIP VooDoo Ray. That was the homie man. Smh. ??