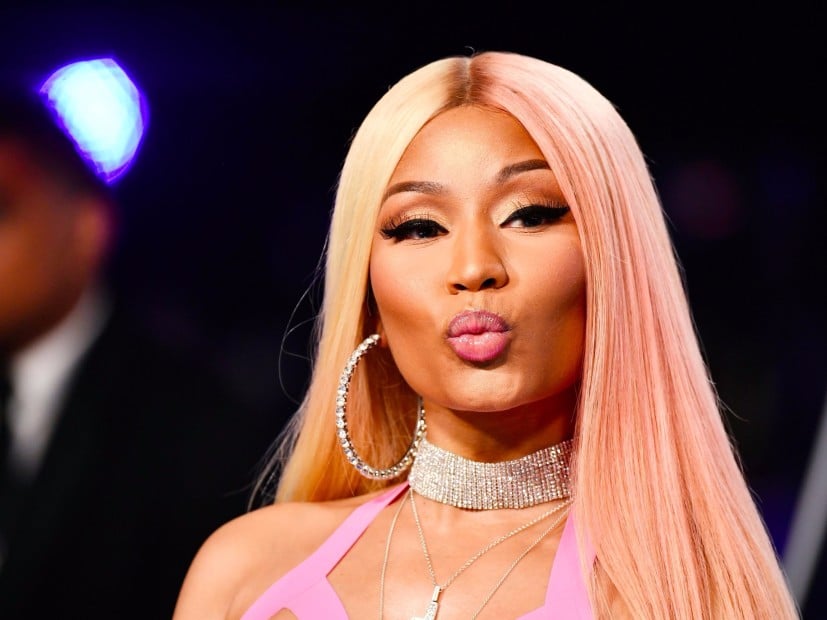 Singer John Mayer sent out a tweet on Friday (September 8) admitting he frequently thinks about Nicki Minaj, but likely didn’t think he’d get a response from Black Barbie herself.

After tweeting, “I spend an inordinate amount of time per day wondering if Nicki Minaj would like me or not,” Minaj actually replied with a nod to one of his songs, 2001’s “Your Body Is A Wonderland.”

“Would my body be your wonderland?,” she wrote.

Mayer then responded with, “Please hold, losing my shit. This isn’t my reply yet.”

I spend an inordinate amount of time per day wondering if Nicki Minaj would like me or not.

Would my body be your wonderland? https://t.co/jKpRdnhzbD

Their flirtatious exchange raised a few eyebrows though. In 2010, Mayer made some highly offensive comments about black women during an interview with Playboy and referred to his penis as “white supremacist.”

“I don’t think I open myself to it,” Mayer said. “My dick is sort of like a white supremacist. I’ve got a Benetton heart and a fuckin’ David Duke cock. I’m going to start dating separately from my dick.

“I always thought Holly Robinson Peete was gorgeous,” he added. “Every white dude loved Hilary from The Fresh Prince of Bel-Air. And Kerry Washington. She’s super hot and she’s also white-girl crazy. Kerry Washington would break your heart like a white girl. Just all of a sudden she’d be like, ‘Yeah, I sucked his dick. Whatever.'”

Saying your own sexual attraction is based on race is one thing – evoking David Duke by undermining black women is next level.

John Mayer is still trying to get an invitation to the cookout? Naw. Black women haven't forgotten that Playboy interview. pic.twitter.com/haYzSHBUJz

This is an example of systemic society supremacy that @MunroeBergdorf was talking about. This is abusing your platform.

@NICKIMINAJ Is this the same racist @JohnMayer who said black women don't do anything for him- meaning he's not attracted to them? pic.twitter.com/JGpFKqNXKZ