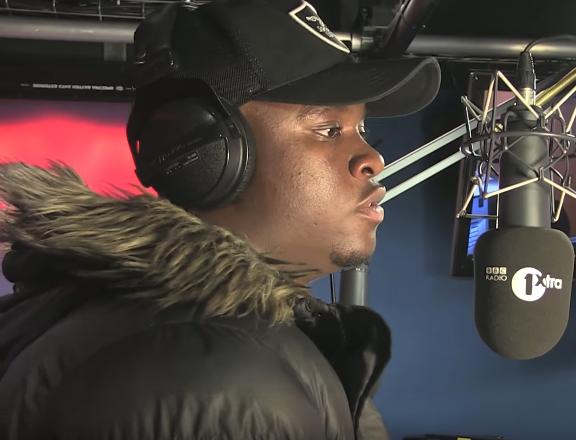 London, England – If you were on Twitter over Labor Day weekend, chances are you noticed a new meme all over your timeline.

The now-viral clip, known as “the ting goes” or “man’s not hot,” was created by U.K. comedian-rapper Michael Dapaah, who donned his Roadman Shaq persona for his “Fire in the Booth” appearance on BBC Radio 1Xtra last month, and the result is pure gold.

Roadman Shaq is a character from Dapaah’s newly launched mockumentary series Somewhere In London, which follows the lives of various individuals on their journeys through the U.K.’s capital.

Dapaah starts his performance as the hilarious MC Quakez, another of his comedic characters, before being kicked out of the booth by host Charlie Sloth, only to later return as the infamous Roadman Shaq. At around the 1:25 mark in the video below, Shaq starts making sounds effects and lays the foundation for a freestyle that will live forever online.

It didn’t take long for Twitter users to transcribe the soundbite and translate it into other situations. Check out a selection of the best meme reactions below:

The Girl: Take off your jacket

I need this toothbrush ?????? pic.twitter.com/bEWqkQyUlz

me: gently adds fries into the pot
the oil: pic.twitter.com/GtvnYLNRit

omg the new Call of Duty is so realistic pic.twitter.com/Cjkm2ZxZBb

I haven't seen this version of home alone. pic.twitter.com/9HFUl3WueE

Watch Michael Dapaah’s full “Fire in the Booth” appearance below.