How Phora’s Life Changed From Surviving Shooting To Signing With Warner Bros. 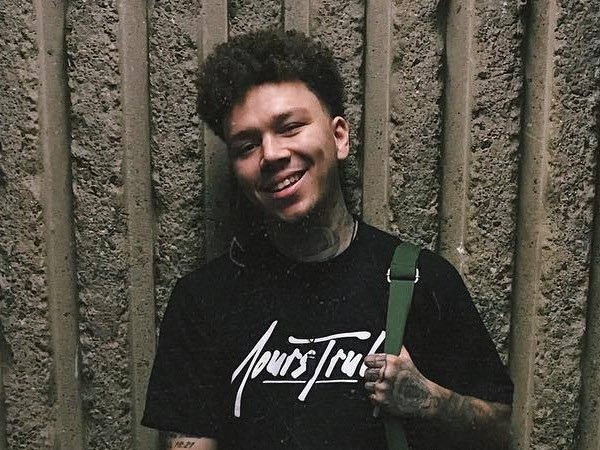 Los Angeles, CA – Phora is back and better than ever.

After surviving a shooting back in 2015, there was no way the Anaheim rapper would settle for anything less than greatness. Now, after signing a deal with Warner Bros. Records, he has returned with his debut album titled Yours Truly Forever.

On Friday (August 18), Phora closed out his latest tour with an album release show at The NOVO in Los Angeles. HipHopDX caught up with him backstage to speak on signing to a major label after remaining independent for all these years.

HipHopDX: What is the biggest takeaway you want people to get out of your music?

DX: Congratulations on your debut album. Now that it’s out, how are you feeling?

Phora: It’s a crazy feeling. There’s been so many years, so much put in this project. I’m just excited. I’m happy for the people to receive this album. I’m ready to go to the next level from here.

Phora: Especially when I wrote the track ‘God,’ I was dealing with a lot of things. Death. A lot of people around me … just losing people. I was in one of the lowest points in my life, but I feel like surrounding yourself with good people and people that genuinely care about you is very important. Thank God for those people that I surrounded myself with. They kept me level-headed, kept me going in this life. I was very low at the time. But, there’s always light at the end of the tunnel, I feel.”

DX: You were shot in the back of the head while driving on the freeway in Pasadena, California. Are there any updates on the case?

Phora: In terms of me getting shot back in 2015, there’s no updates. Unfortunately, there hasn’t been any new information. It’s caused a little bit of paranoia and trauma in my life. But I just keep going. I stay positive, thinking of brighter things in life. I feel like at this point right now, where I’m at, can’t nothing stop me. It don’t matter what the fuck it is. A bullet to the head … whatever the case may be, ain’t nothing stopping me right now from chasing this dream that I love so much.”

DX: Did you go to therapy or anything of that nature?

Phora: Just music. That’s all. Music, good people, amazing fans that I consider my family. People that keep me level-headed. It’s really my therapy, is music.”

DX: Do you feel like your career would have taken off so much more if you didn’t get shot?

Phora: Yeah, definitely. Before I got shot, I was selling out shows [laughs]. People been asleep on me for so many years. It’s still the same thing. Getting shot … it just added to my story. Really what helped me was signing with Warner Bros. They knew what I wanted to do. They knew my vision. I been selling out shows for over four, five years now. Independently, especially. People been sleeping for years, but the fans hold me down. The real ones hold me down. I’m in a great position and I’m grateful for everything I have right now.”

DX: Do you feel pressure with the amount of money/major label push behind you?

DX: How has your perspective changed since getting shot?