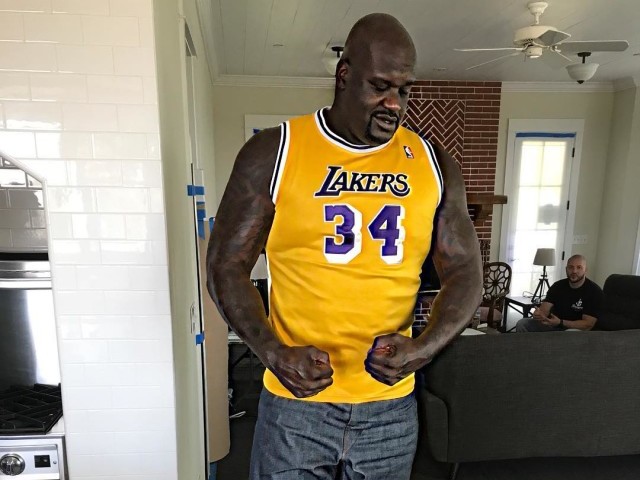 It appears that Shaq Diesel’s diss track toward LaVar Ball last month wasn’t the last word in the rivalry. Shaq came back this weekend with more shade for the head of the Big Baller Brand.

Shaq spent some time spinning records at the Rehab Pool Party at the Hard Rock Hotel in Vegas this past weekend. DJ Whoo Kid, one of the pioneers of Hip Hop’s mixtape scene, was in attendance. He asked Shaq about the progress of his beef with Ball. “I don’t even know who that is … Never heard of him,” Shaq responded. Whoo Kid jumped in with his own words on the subject. “Fuck that nigga,” he added.

“He heard of us though,” Shaq said, smiling.

In July, Shaq released a three-minute diss track toward Ball where he talked about his basketball skills and the Big Baller Brand. He brought up recent words from Ball, who made it clear that he felt he could beat Shaq in basketball.

“You beatin’ me? That’s a bunch of bologna/You think you Mailman, you ain’t even Jeff Malone,” he responded. Toward the end of the track, Shaq traded in disses for compliments as he let Ball know just how good his kids are at basketball.  “You’ve done a great job, I love how your sons play/ And lil ‘Melo too, attitude hella cool/ Jumper wet wet like two thots in a pool,” he admitted.

Ball responded to Shaq’s song by calling him old and irrelevant.

Can someone set up the one-on-one match already?