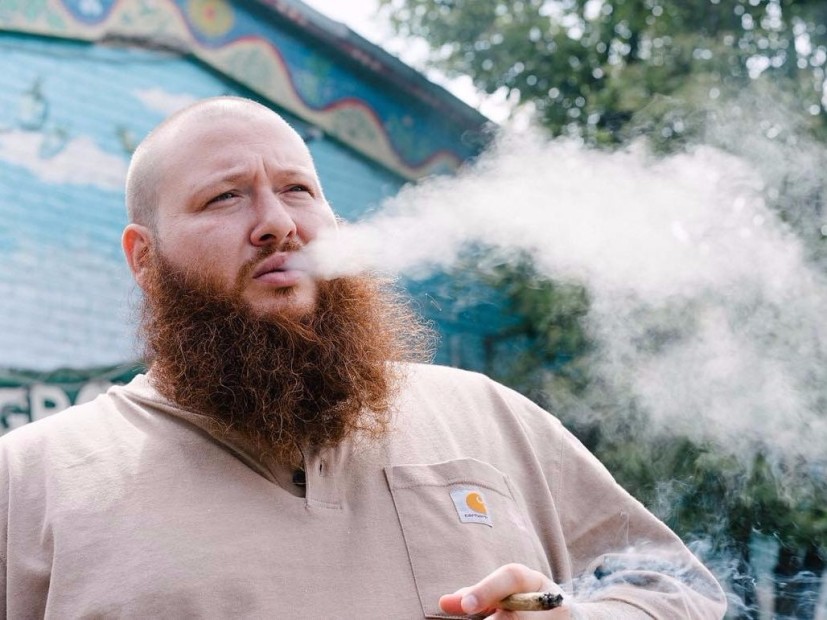 In addition to his forthcoming album, Blue Chips 7000, Action Bronson is also preparing to release a cookbook next month based on his popular F*ck That’s Delicious series soon.

Titled F*ck, That’s Delicious: An Annotated Guide to Eating Well, the book is co-written by food writer Rachel Wharton and scheduled for a September 12 release via ABRAMS Books.

“Illustrated, packed with images, and unlike any book in the entire galaxy, Bronson’s F*ck, That’s Delicious includes 40-plus recipes inspired by his childhood, family, tours, and travels,” an Amazon description reads. “Journey from bagels with cheese that represent familial love to the sex and Big Macs of upstate New York fat camp and ultimately to the world’s most coveted five-star temples of gastronomy. And: the tacos in LA. The best Dominican chimis. Jamaican jerk. Hand-rolled pasta from Mario. Secrets to good eating from Massimo. Meyhem Lauren’s Chicken Patty Potpie. And more! more! more!”

According to an Instagram video announcement, Bronson calls it a journal of his life.

“Everything from my mama’s Jewish delight challah, number one restaurants with Massimo Bottura, lunch with friends, everything,” Bronson said.

More recently, Bronson has been releasing music and videos in promotion of Blue Chips 7000, which is scheduled to arrive on August 25. The highly anticipated album serves as the follow-up to 2015’s Mr. Wonderful. As part of the new album’s rollout, he’s released visuals for The Fat Boys-sampling single “Let Me Breathe” as well as “The Chairman’s Intent.”

Watch the video announcement below.

#fuckthatsdelicious THE BOOK HAS ARRIVED AND WILL BE AVAILABLE FOR THE WORLD ON SEPTEMBER 12th. TMRE I WILL UNLEASH A *CHICKEN PARM* RECIPE THAT WILL WOW DINERS FROM HERE TO KATMANDU. PRE ORDER THIS FUCKING THING PLEASE. @munchies PRE ORDER IN BIO.