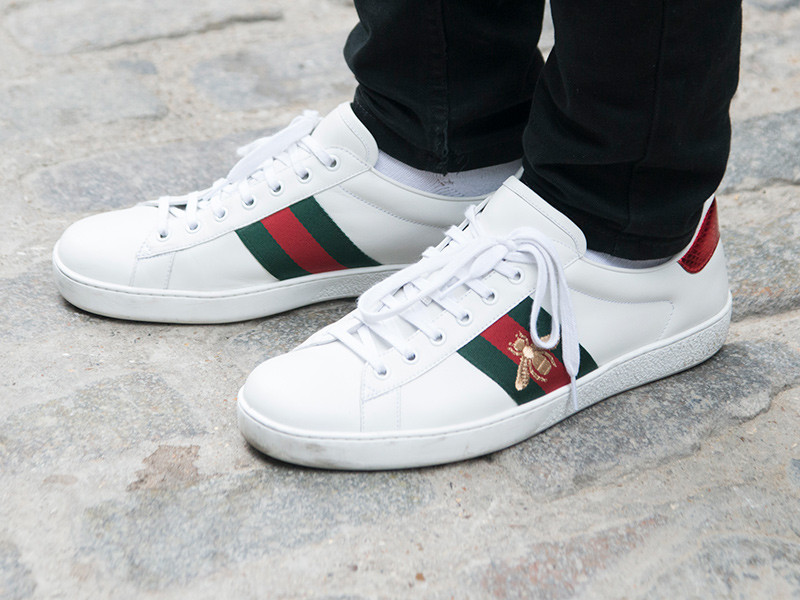 When Future said he “just fucked your bitch in some Gucci flip flops” is it possible he wasn’t actually wearing Forever 21?

Gucci launched two countersuits aimed at retailer Forever 21 this week over its use of the high-end brand’s trademarked “blue-red-blue” and “green-red-green” stripe patterns.

According to Refinery29, Gucci had threatened legal action already, prompting Forever 21 to attempt to take their case before the courts first.

The countersuits follow an effort by Forever 21 to protect the striped design from being trademarked. “Many clothing and accessory items adorned with decorative stripes colored blue-red-blue or green-red-green are sold by countless third parties,” argued Forever 21 in that suit. “Gucci should not be allowed to claim that Gucci, alone, has a monopoly on all blue-red-blue and green-red-green striped clothing and accessory items.”

Needless to say, Gucci didn’t like this one bit, and the world-famous designer label hit back hard.

“In two filings today in the United States District Court, Central District of California, Gucci has asked the Court to dismiss the spurious claims that Forever 21 lodged on June 26, 2017, and has brought counterclaims against Forever 21 for willful trademark infringement, trademark dilution, and unfair competition.”

Some are out on Twitter unknowingly making Gucci’s argument for them.

Original Gucci slides vs Forever 21 replicas I got?? Peep the price tag??
Can still look boujee on a budget sis! pic.twitter.com/l9HQi7nH11