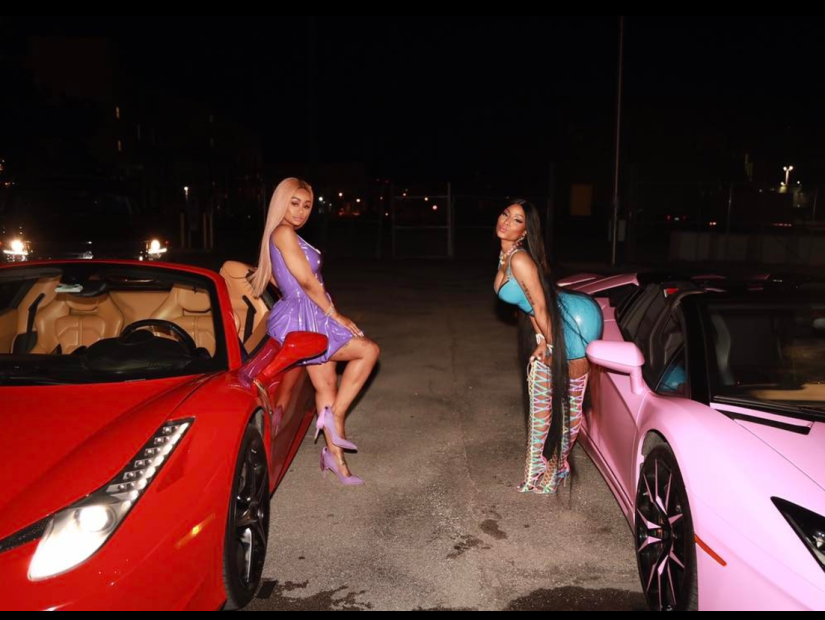 Los Angeles, CA – When Blac Chyna isn’t going to war over social media with baby daddy Rob Kardashian or hosting frequent gigs at Ace of Diamonds, the former stripper is said to be polishing up her rhyme skills as she embarks into the rap game.

According to TMZ, Chyna wants to be the next Nicki Minaj and the artistic catalyst was said to arrive at a recent video shoot in Miami for Yo Gotti single “Rake It Up” (which features the Queen Barbz).

Sources close to her said she’s already recording music and can describe her sound as “rap, ‘poetry music’ and traditional singing.”

The article also mentioned Chyna speaking to several labels in Los Angeles, and having already met some higher up executives at Capitol Records, which sources close to HipHoDX can also confirm. If she decides to leave labels alone and go the indie route, she certainly has the means to make it happen.

Blac Chyna and Rob Kardashian are close to wrapping negotiations on a custody agreement for their daughter, Dream, and the big revelation from the talks so far — “Chyna’s killing it financially,” an adjacent TMZ report states.

As Chyna and Rob wrap up the final negotiations regarding the custody of their daughter Dream, the male Kardashian reportedly isn’t raking in anywhere near the amount of dough as his estranged baby mother. There’s allegedly a chance Rob could potentially ask for child support down the line as well.

His reality show checks apparently pale in comparison to the income generated from Chyna’s hosting and appearance gigs.