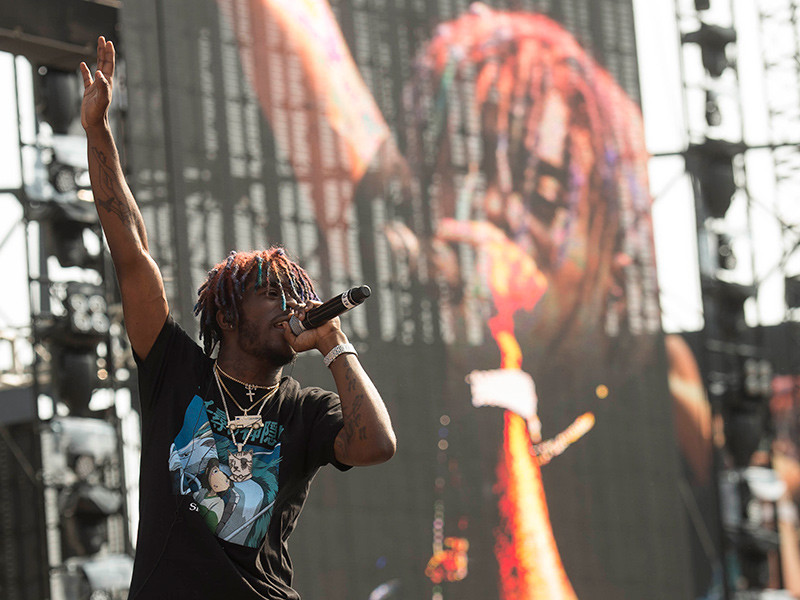 Bonner Springs, KA – It’s been almost a year now since Lil Uzi Vert dropped The Perfect Luv Tape, and it seems like the sequel to 2015’s Luv Is Rage mixtape could be dropping soon.

Lil Uzi has been performing new music on the road, and footage of one song — apparently titled “I Got The Work” — did the rounds on social media this weekend. He gave the new track another run at the 2017 Flyover Festival in Bonner Springs, Kansas, having played it previously in his native Philly back at the end of April.

Watch 30 seconds of the new track below.

Not only that, but on Friday (July 21), Shade 45 premiered five of the rapper’s new songs, including a track called “Bag” that features Young Thug. The tracks premiered on DJ Drama and Don Cannon’s Gangsta Grillz show — they’re also the two men behind the Generation Now label that signed Uzi.

Listen to ripped versions of the five tracks on SoundCloud below.

Still, it seems like these songs won’t actually be on the new album, with Uzi tweeting that he’s “coming way harder den dat.”