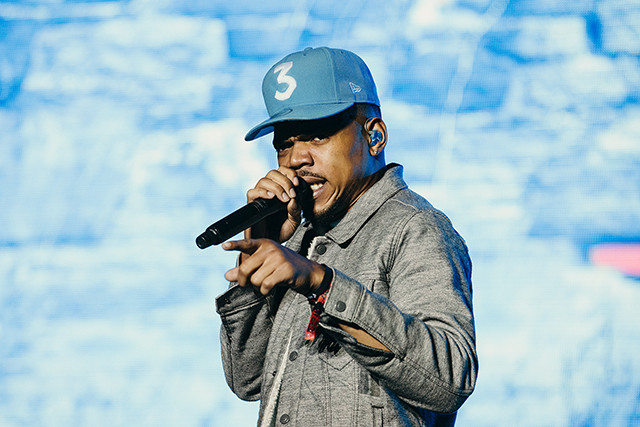 Chance The Rapper at JMBLYA (Austin) - Photo by: Greg Noir

Chance The Rapper Is "Working" To Save SoundCloud From Extinction

by Cherise Johnson
3
The Internet -

The term “SoundCloud rapper” may soon become a thing of the past.

SoundCloud reportedly only has enough funds to make it 50 more days and will barely making it through the summer. The Berlin-based streaming platform laid off over 400 employees in an attempt to compete with other platforms such as Spotify and Apple Music last week. The company also shut down its offices in San Francisco and London.

It looks like the demise of the SoundCloud rapper is near, however if Chance the Rapper has anything to do with it that won’t be happening. When news hit detailing SoundCloud’s financial status, the Grammy Award-winning rapper tweeted that he’s “working” on it. As an independent artist, SoundCloud played an important role in Chano’s come-up much like it has for many other popular artists that have gone on to be successful off the platform including Bryson Tiller, XXXTentacion and Playboi Carti so it would only make sense for Chance to at least try.

I'm working on the SoundCloud thing

A statement published by Variety from SoundCloud correcting a TechCrunch article that originally reported they only had 50 days to survive, gets redundantly specific, clarifying that they only have enough money to last through the fourth quarter — which begins in 50 days.

“To clarify, SoundCloud is fully funded into the fourth quarter,” the statement reads. “We continue to be confident the changes made last week put us on our path to profitability and ensure SoundCloud’s long-term viability. In terms of layoffs, it is our policy not to discuss individual employee cases, but we can share we continue to work with all employees who were let go to support them during this transition, with employment and financial assistance.”

SoundCloud has had financial issues dating back to last year when rumors swirled that they’d be shutting down before the implementation of SoundCloud Go+, which allows for listeners to listen to their favorite songs offline, with zero ads and access to premium tracks for $9.99 a month.

According to similar streaming platform, Audiomack this was a mistake. In a series of tweets, they air out SoundCloud and give a little insight into what happened with the company.

“We use to work w/ Soundcloud to support our mutual users until they decided cut off the partnership,” one tweet reveals. “A little secret that only a few industry people knew was that Audiomack was actually behind many of the large play counts on Soundcloud. We knew by allowing artists to use Soundcloud to create song posts on audiomack that we’d be enabling SC but we still put artists 1st anyway. We offered to pay Soundcloud to allow artists to use their API – so artists can centralize their plays while using our support & reach. They declined our offer. They put their bankers and venture capitalists needs over the artists who helped build their platform.”

They declined our offer. They put their bankers and venture capitalists needs over the artists who helped build their platform.

Chance’s affinity for SoundCloud didn’t begin with the aforementioned tweet. When accepting the Best Rap Album Grammy and the 2017 Grammy Awards back in February, he thanked the maligned streaming service saying, “This is for every indie artist, everybody who’s been doing this mixtape stuff for a long-ass time,” Chance told the audience as he accepted his Grammy onstage. “Shouts out to DJ Drama for doing it first. You put in that time. Shouts out to every independent artist out there. Shouts out to SoundCloud for holding me down!”