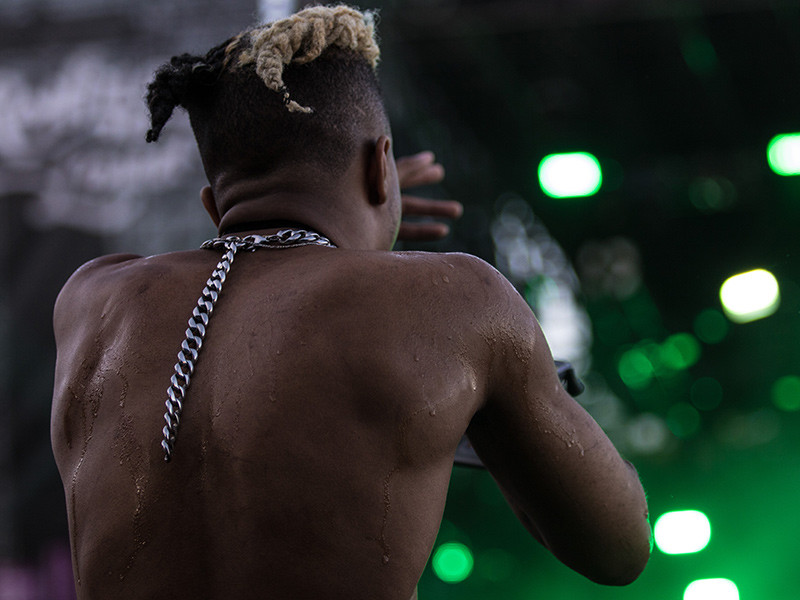 Balcony stage dives. Getting knocked out mid-performance. Punching a fan. A stabbing at a show.

XXXTENTACION’s Revenge Tour has had absolutely no shortage of controversies since it kicked off earlier this month (read our ongoing timeline of events here), and Tuesday night (June 20) was no exception. Even though the show didn’t even happen.

X was scheduled to play in Chicago’s Concord Music Hall, but the show was canceled at the last minute due to “unforeseen circumstances.”

Due to unforeseen circumstances, tonight's show was unable to take place. Refunds will automatically take place at the point of purchase

X addressed the issue and promised to reshedule in a now-deleted tweet.

Footage from outside the venue made the rounds on social media, showing outraged fans freaking out over the cancellation.

When you drive 5 hours to see xxxtentacion in Chicago but it's cancelled ??? pic.twitter.com/oWpMoBtGLr

XXXTENTACION’s shows haven’t been tame affairs throughout his first headlining tour, thanks in no small part to his energetic fanbase. Once the Chi-town show was shut down, all that energy had to go somewhere. Video from Tuesday night appears to show the Florida rapper’s fans moshing outside the venue until the police were called to disperse the crowd.

One Twitter user named Matthew Gerat documented the night extensively on his own Twitter, reporting that fans simply started their own concert in the parking lot and started chanting “Fuck Concord,” blaming the venue for the canceled gig.

Chicago wanted @xxxtentacion even though Concord would not let him perform @XXL @LyricaLemonade @ChicagoSleepers pic.twitter.com/Q9F0umNC64

Fans make a concert in the parking lot in Chicago when @xxxtentacion show gets cancelled @XXL @ABC @LyricaLemonade pic.twitter.com/OE4dqGAfTN

XXXTENTACION has been active on Twitter since the issues, liking plenty of the posts and videos from fans who were at the gig-that-never-was.

The 19-year-old is scheduled to play at The Rave in Milwaukee tonight, and if the trend continues, you’ll be reading about the chaos that happened there tomorrow morning.