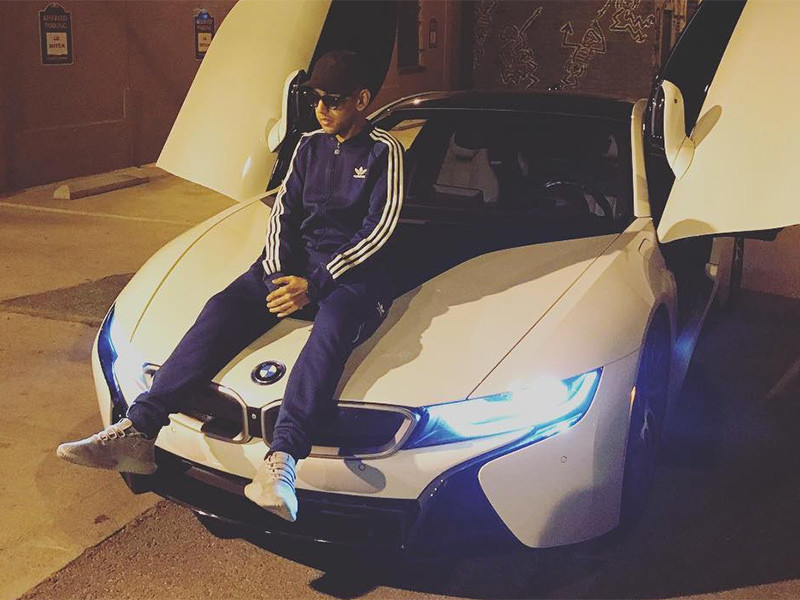 After claiming Kanye West didn’t pay him for Desiigner’s “Panda” beat and that producer Mike Dean essentially stole it, British producer Menace has issued an apology to both parties. He included Future in the Twitter post for also alleging the “Mask Off” rapper had put a copyright infringement claim on “Panda.”

“I want to formally apologize to Mike Dean, Kanye, Future and their respective teams for releasing unfounded and sensitive information to the media that could have potentially affected their professional integrity,” Menace wrote. “They have always been an immense source of inspiration for me and they will always be extremely influential to my work and my development as an producer.”

Dean was quick to respond to Menace’s claims, telling him to “put some respek” on his name, and Future’s reps immediately shot down the allegation as well.

(The original version of the article was published on June 20, 2017 and can be found below.)

“I doubt Kanye’s paid anyone, to be honest. Kanye’s a funny one when it comes to paying people money.”

That’s how Menace, a producer in his early 20s from the north of England described the situation to DJBooth in a recent interview.

Menace is best known for making the beat for Desiigner’s “Panda,” which ended up on top of the Billboard Hot 100 chart in 2016. It cost Desiigner just $200.

It was that same beat that Kanye ended up using on “Father Stretch My Hands Pt. 2,” or perhaps not quite the same, depending on whose side of the story you believe.

“Mike Dean, Kanye West’s producer, he put a claim in as well saying that he did something to the beat and he never did. I don’t think we’ll see a check until probably next year. Right now, it’s just going through negotiations. The problem is that once someone puts a claim in, it just stops everything.”

Frequent Kanye collaborator Mike Dean got in touch with DJBooth following the Menace interview to offer the his side of the story:

“The kid lost the stems to the beat. It had some samples in the original from a film. I recreated some of the stems enough to patch up the beat and remove the samples. I was gonna recreate the whole beat then I found a way to keep it. Major labels don’t play with samples not being cleared[.] The song would never have come out or cleared legal at Def Jam. If that’s nothing, then he’s right. He should have better file management skills if he works at an electronics repair shop. He should get facts straight before he speaks on my name. I let the claim go because I have better shit to do than fight with people over BS. Hope he enjoys the bread and appreciates what I did to help him make $$. That’s about it. Menace, put some respek on my name. And thank god Mike Dean removed your samples, youngin. Should throw me a few points from his pocket my way, but I am doing ok with or without the “Panda” bread.”

In the interview, Menace also claimed that Future had put in a copyright infringement claim over the track. Future’s rep shot that claim down.

Despite the issues, Menace reportedly signed a deal worth seven figures with Stellar Songs publishing in 2016, and recently worked in the studio with ScHoolboy Q.