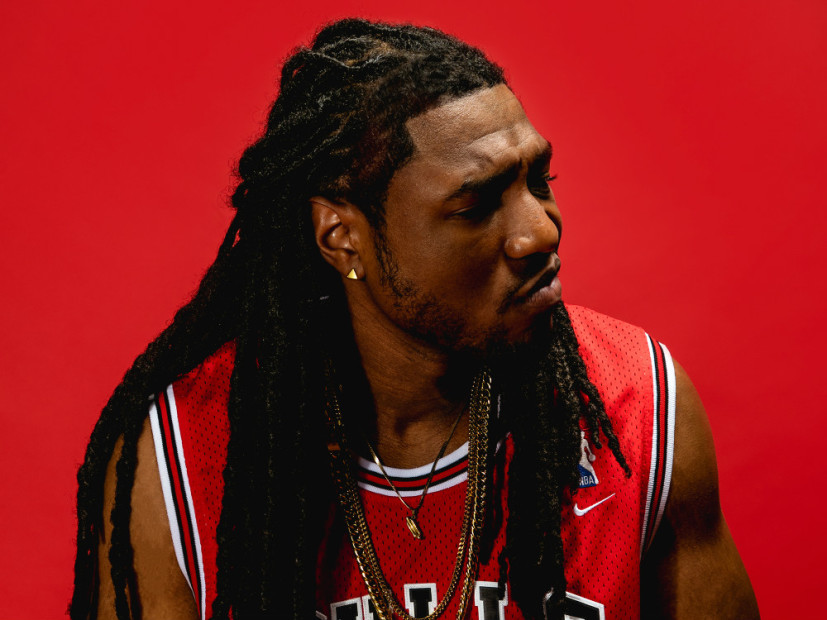 Atlanta, GA – In the ever-evolving music landscape of New Orleans, a new star is emerging. Aha Gazelle is combining the many flavors of the bustling city’s scene to create his own gumbo. The 23-year-old rapper released his Trilliam 2 mixtape earlier this month after signing with Atlanta-based Reach Records.

“Master P taught us how to grind. Master P was the original. He was the one who taught us how to get in these streets, get in this business and really carry yourself accordingly,” Aha says of New Orleans’ impact on him in an exclusive interview with HipHopDX. “Then [Lil] Wayne came through, the best rapper alive, he pretty much proved that people from the South can rap.”

Besides that, Aha names Kevin Gates, Boosie Badazz, Frank Ocean and PJ Morton as hometown influences that have shaped his artistry.

His special blend of lyrical wordplay, singing and producing caught the attention of Lecrae, who announced earlier this year that he signed William Gazelle Fields Jr. after watching him from a distance for some time.

“He’s really the future of what you see me doing — it’s all he’s known in terms of just being an artist,” Lecrae told HipHopDX on the set of his “Blessings” video in February. “His faith is crucial to him, but you don’t have to wonder or guess. He’s just trying to make great music, he’s going to be something special. Keep your eyes on him, man. I promise you, Aha’s gonna be a special character when it’s all said and done.”

Aha says there isn’t a specific lesson from Lecrae that has changed his trajectory, but what the protege appreciated most about Reach Records’ partnership was that they didn’t want to change what he was already doing. Trilliam 2 continues the storyline of the first edition (with a third installment on the way) of a young man experiencing real life situations from remaining loyal to his family to knowing his worth and navigating society’s racial climate all while keeping his faith in God. While Lecrae has battled the label of “Christian rapper,” Aha says he doesn’t feel the pressures of needing to fit into any subgenre.

“I was actually surprised that they wanted to sign me because of what they’ve done in the past,” he shares. “So after they discussed with me and said ‘Yo, we don’t want to change anything that you’re doing. We want you to keep doing what you’re doing.’ For me, it’s all about the music. I’m not really into the politics of what’s what and who’s who and all of that.”

And from here, he’s going to continue with the same mindset. The wait for Trilliam 3 won’t be long and Aha Gazelle has big expectations for it.

“Trilliam 3 will come out this year,” he says. “It’s very dangerous. I may catch a charge.”