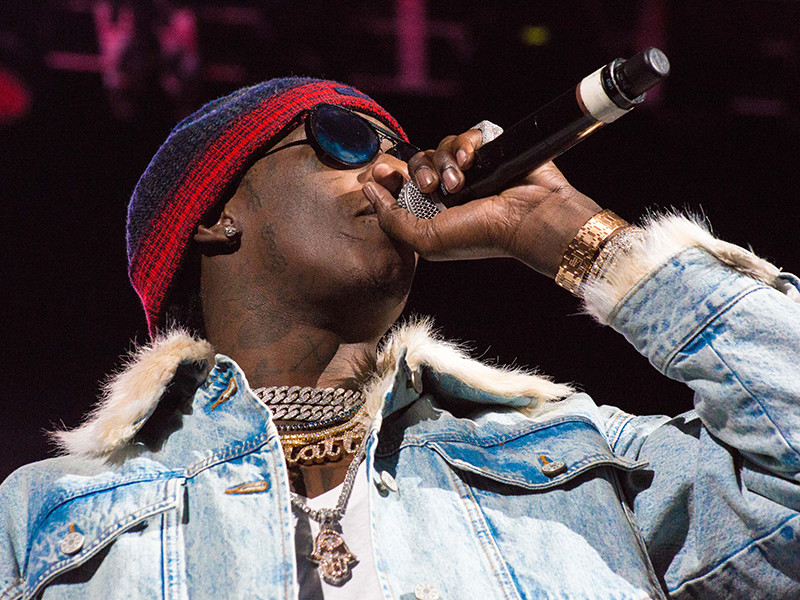 If you were lucky enough to somehow spend a day away from social media yesterday, then you’ve missed the most meme-worthy fashion craze to drop in a while.

We’re talking about male rompers/bro rompers/brompers/RompHims. Basically, one of those one-piece, shirt-and-shorts, playsuit combos — but for guys.

The idea appeared to originate on a Kickstarter page started by ACED Design, who claimed to be “revolutionizing men’s fashion.” The RompHims also boast a zipper fly, which negates the biggest complaint that women tend to have about their own rompers — referred to by ACED Design as “the getting fully undressed to go pee thing.”

Of course, as with all things, Twitter went in on this new idea… But besides actually making fun of it, a lot of Hip Hop fans made the same observation about one particular artist/Calvin Klein womenswear model from the genre.

Lil Uzi vert and Young Thug showing up in the same romper on the red carpet at the hip hop awards! #romphim pic.twitter.com/HriPvaRcbI

Tf is good with all this romper talk? Until I see the god himself Young Thug wear one I will not even consider it

how long til Young Thug wears a romper

Young Thug gotta wear a romper in the first video for Easy Breezy Beautiful Thugger Girls. It's only right.

Someone find the pic of Young Thug wearing a romper like 3 years ago cause I know it exists ???

young thug didn't even do the romper

Will we see Thugger wearing one of these? History suggests he’s among those who’ve already pre-ordered … But maybe this time he’ll surprise us by not wearing one.