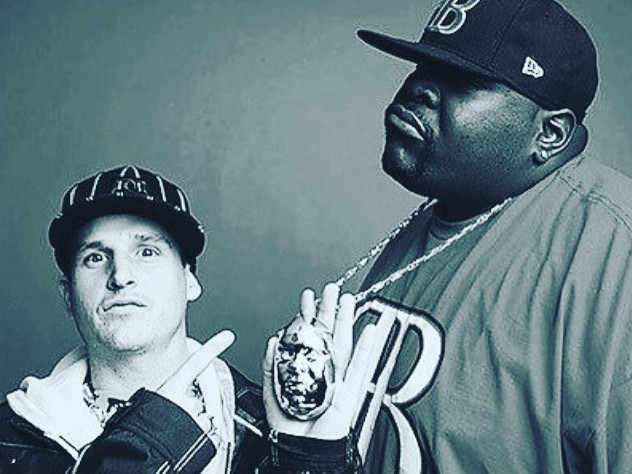 Another tragedy strikes as Christopher “Big Black” Boykin died Tuesday (May 8), TMZ reports. Although the cause of death is unknown, several sources are speculating that the reality television star passed away after suffering a heart attack. He was 45 years old and is survived by his 9-year-old daughter.

Big Black starred alongside pro-skateboarder Rob Dyrdek on the MTV show Rob & Big where they’d go on various adventures. The two had a falling out after the series came to an abrupt end in its third season. In an interview, Dyrdek suggested it was Big Black’s sudden transition from security guard to a famous reality television personality that contributed to the rift. Fortunately, the longtime friends reconnected before his passing.

Dyrdek posted an emotional tribute to Instagram about Big Black, who he calls his “brother.”

My heart is broken. I don't want write this post. I don't want to believe that this is reality. I am so thankful for you. We truly were brothers that lived an unexpected unforgettable adventure. I just can't fathom that it would end so suddenly. You will forever be in my heart.

RIP @BigBlack. My heart is crushed. I'll remember all the times you made me laugh and my prayers go out to your family ❤️???

RIP @bigblack1972. My heart is crushed hearing this news. I'll never forget all the times you made me laugh. So many epic memories with you. You put smiles on a lot of people's faces and you will be missed dearly by SO many. My prayers go out to your family and loved ones. Keep them laughing up in heaven ????❤️

My brain can't truly comprehend this. As soon as we met we became friends. Genuine, Funny, Family Man, just an Overall Great guy. May God Rest his soul and he make everyone in heaven smile like he did on earth! LOVE! ?????? #RIPBigBlack

Many notable names in the Hip Hop community also paid their respects to a man who clearly made them laugh, including Juicy J, OG Maco, IAMSU! and Rockie Fresh.

Watch some of Big Black’s funniest moments below and check out the social media posts above.