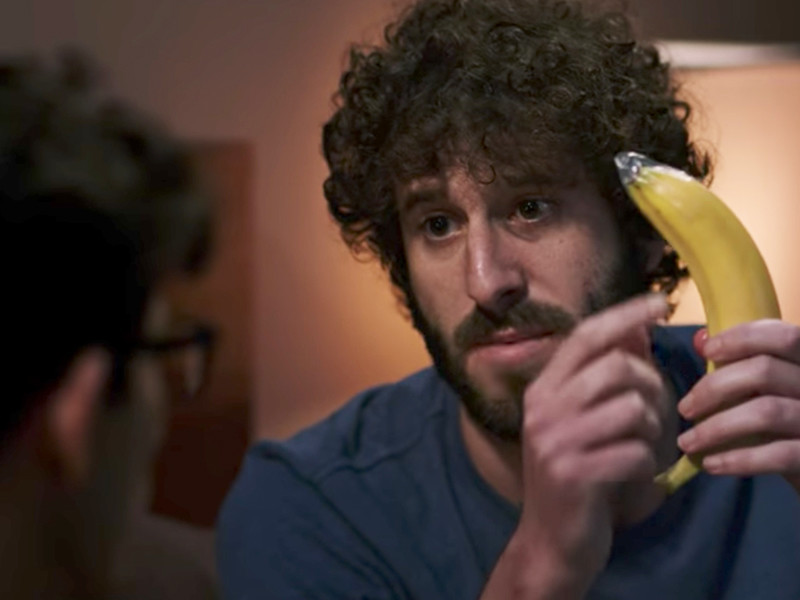 Lil Dicky Wants You To Have Safe Sex

Following up his hilarious and acclaimed recent music video for “Pillow Talking,” Lil Dicky is back to remind viewers of the importance of safe sex with five new digital spots.

For the second year in a row, the Philadelphia rapper has teamed up with Trojan Brand Condoms, creating relatable, educational clips that — in true Lil Dicky fashion — come with a touch of deadpan humor.

HipHopDX hopped on a phone call with LD to discuss why this is a message he’s backing.

“I just generally believe in safe sex as a human being just throughout my life, so I’m always looking for ways I can positively impact society,” he explains. “I feel like Trojan, safe sex, and protection is just a good cause. So I just like the idea of that in general. And then you think about condom brands I can trust, it’s the best brand out there. To me, it’s just an easy call from the get-go.”

Of the five scenarios that he made with the condom brand, he says his conversation with the virgin, where he demonstrates how to properly put on a condom using a banana, is his favorite.

“He was just like a really nice guy. It kind of came up organically. We didn’t necessarily have a plan to even have a banana or any of that stuff. That one just kind of felt like a nice thing,” he says. “Safe sex can be difficult. We’re treating it like a hands-off thing that we’re not allowed to talk about. We will continue to not get results if people are scared to talk about it, not wearing condoms, all that stuff.”

Known as a comedic rapper, Dicky’s sense of humor serves as a benefit in this campaign.

“What comedy does, it breaks down barriers and lets people be more comfortable in situations, even if they’re more unnaturally uncomfortable. From the comedy angle of it, it’s breaking the walls down in terms of making this whole conversation more acceptable. That’s the more important thing.”

Dicky may be using comedy to get his point across here and in many of his songs, but it doesn’t mean he shouldn’t be taken seriously as a rapper. He explained that with his growing list of accolades people are starting to realize that he’s got the rapping ability to back up his jokes.

“Even if I’m being funny, people still respect it,” he says.

Released on April 12, the video for “Pillow Talking” has already passed 5.5 million views on YouTube. The portrayal of a one-night stand that veers into deep philosophical discussion is actually the 49th most expensive video ever made.

“CGI is really expensive,” he says. “If you see the video, obviously when the dinosaurs come in, that isn’t really happening, it’s all fake — and those dinosaurs being on screen and looking that real, even for a short amount of time, costs a ridiculous amount of money. Same with the buffalo and aliens. And it’s a long song too — 11 minutes. So it all adds up.”

This coming from an artist whose breakout hit was “Save Dat Money.”

“I would say as a guy, I’m known for saving money, so it’s kind of ironic,” he says. “It’s my favorite song I’ve ever made, so I wanted to make the best possible video for it. I don’t really spend money on cars or luxury items, so I think reinvesting it, I’m able to spend my money.”

As for more new music, Dicky says he’s working on it but isn’t hurrying to release anything.

“I’m just working on some songs,” he explains. “Building up an arsenal with a ton of songs. I’ll decide eventually what songs are worthy. I’m not the kind of artist in any rush to put stuff out ever. I’d rather be patient and have a huge album than rush anything out. I’m taking my time.”

Closing out the conversation, Lil Dicky again stressed the importance of safe sex.

“I hope everybody really takes this idea of safe sex seriously because I could throw a number of statistics at you on how STDs are on the rise, but it’s easy to not care. People care about so many things but when it comes to sex, they’re just really relaxed about it. It’s the last place to be relaxed.”