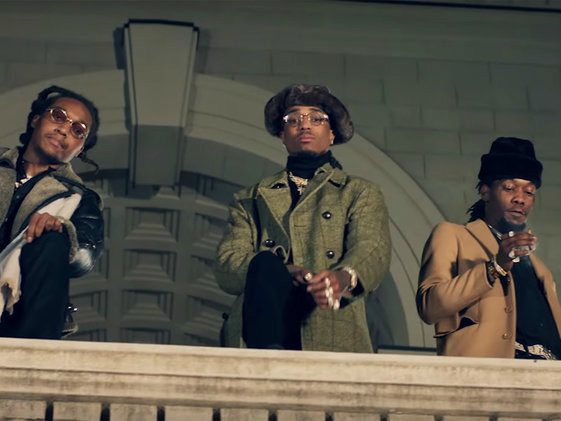 Katy Perry had just earned the National Equality Award at the Human Rights Campaign gala in March, championing LGBTQ rights and now a month later she’s catching heat from her fans for working with Migos on her new single “Bon Appetit” due to the rap trio’s past remarks about homosexuality.

A Rolling Stone profile published in February caught Quavo, Offset and Takeoff making a few unwarranted comments on record regarding iLoveMakonnen coming out as gay.

“They supported him?'” Quavo is quoted as saying during the interview.

“That’s because the world is fucked up,” Offset chimed in.

“‘This world is not right,” Takeoff added before Quavo made a quick clarification, “We ain’t saying it’s nothing wrong with the gays.”

Those comments resulted in some heavy backlash for the Atlanta group, but they made sure to clean up their wording in a statement, apologizing and declaring their love for everybody, gay or straight.

Despite the apology, Katy Perry fans are upset about “Bon Appetit,” which is slated for a Friday (April 28) release. Apparently, fans were expecting an Ariana Grande collab instead.

This is Katy's "woke" era but she is working with homophobic Migos? She is truly trash and desperate pic.twitter.com/A00M9qhpcy

@PopCrave @katyperry @Migos @QuavoStuntin Her "woke" era is over

@katyperry idc if it's not featuring Ariana but MIGOS invented homophobia please baby delete this?

Katy Perry having a homophobic rapper on her new song shortly after being awarded a Human Rights Award… ?

really @katyperry…I'm shook…didn't you know better?…Your career is over and you need some homophobic ass rappers to stay relevant…