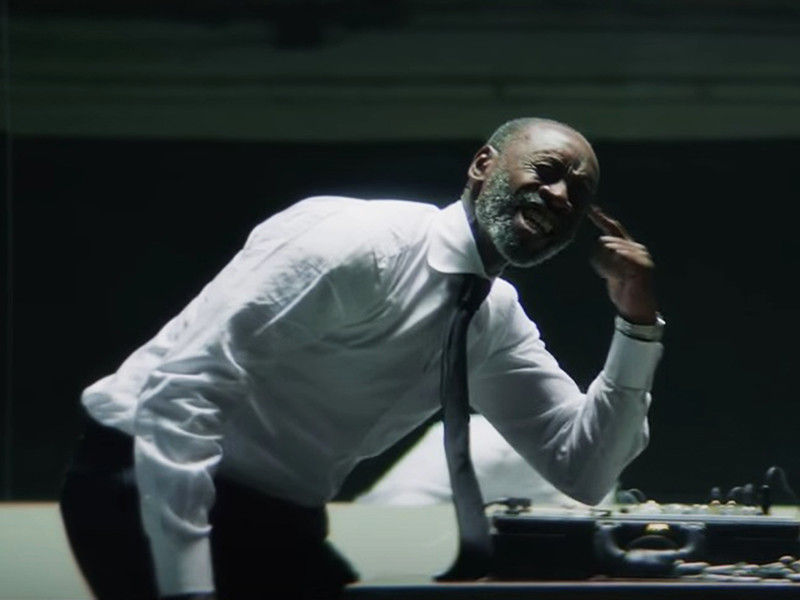 How Kendrick Lamar Got Don Cheadle For His "DNA." Video

Don Cheadle may be an Oscar-nominated actor, but starring in a Kendrick Lamar music video has got to be up there with his career highlights.

The Hotel Rwanda actor steals the show in the video for “DNA.” where he plays a cop interrogating Kendrick, before launching into the lyrics of the track itself.

Speaking to Pitchfork, Cheadle described the moment that Kendrick told him the role would involve learning how to rap a pretty decent portion of the song:

“Kendrick just hit me out of the blue and just said, ‘Hey man, I’m going to do this video, do you wanna be in it?’ And I said, ‘Yeah, sure.’ And then he said, ‘Do you want to know what the part is?’ He was like, ‘Yeah, you’re gonna come in and play a cop, and you’re interrogating me, and then you’re just gonna spit my rap.'”

“I was like, ‘Uh OK, you know you’re like the best rapper in the world, so what are you talking about.’ He sent me the lyrics and was like, ‘You just have to get this much of it down,’ which was like half of it [laughs]. I was like, ‘Are you gonna have a teleprompter?’ And he said, ‘No, it’s gonna be fine.'”

Cheadle pointed out that he only had two days to perfect it, and didn’t have an advance copy of the track. He also spoke on improvising some of the cooler moments of the video, such as asking Kendrick, “You know what DNA stands for?”