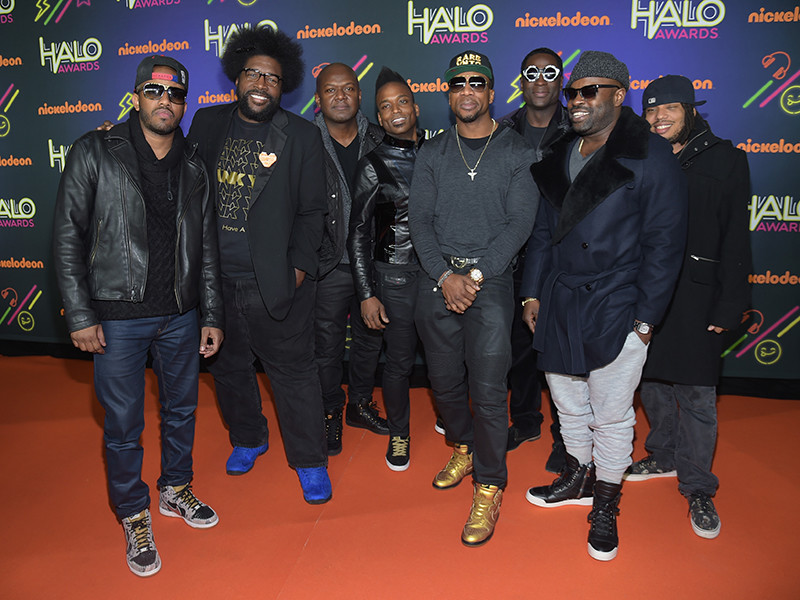 The Roots Hope To Inspire Future Generations With Children's Series

The Roots have partnered up with Amazon for two children’s series, one of which is tentatively titled South Street Sounds, reports Deadline.

Featuring a soundtrack provided by the Grammy Award-winning Hip Hop collective, the animated series will follow three friends growing up on the most musical block in the world.

…….and then this happened. Never not working. #theroots #amazon #thelegendaryrootscrew #philly

Written by Becky Friedman, South Street Sounds focuses on three kids — Zora, Nick and Tyson — who are ready to play a show at any given time. Ahmir “Questlove” Thompson and Tarik “Black Thought” Trotter’s hopes are to impact the minds of young children, and cultivate their passion for music.

“Our love for music started as young kids, and we hope to inspire a generation of future artists, musicians and music fans through the stories we tell and the music they hear on these shows,” Black Thought said in a statement.

“As we venture into the world that is film and television production, we couldn’t think of a better partner than Amazon to help us develop these first two children’s projects,” Questlove added.

So far, no details have been revealed around the second series, except that it will be live-action.

Both projects are executive produced by Questlove and Black Thought via their Passyunk Productions, as well as with manager Shawn Gee (Soundclash) for Philly Films, and Brian Sher (Boss) for Category 5 Entertainment.

The Roots continue to grace the stage of The Tonight Show Starring Jimmy Fallon every weeknight, where they are the house band, and have done kids’ shows in the past, including a stint with Sesame Street. The crew is also gearing up for the annual Roots Picnic, which is going down in the group’s hometown of Philly on June 3, and in New York City October 1 and 2.

Watch The Roots, Jimmy Fallon and the Sesame Street characters get down above, as well as the group’s Instagram announcement.