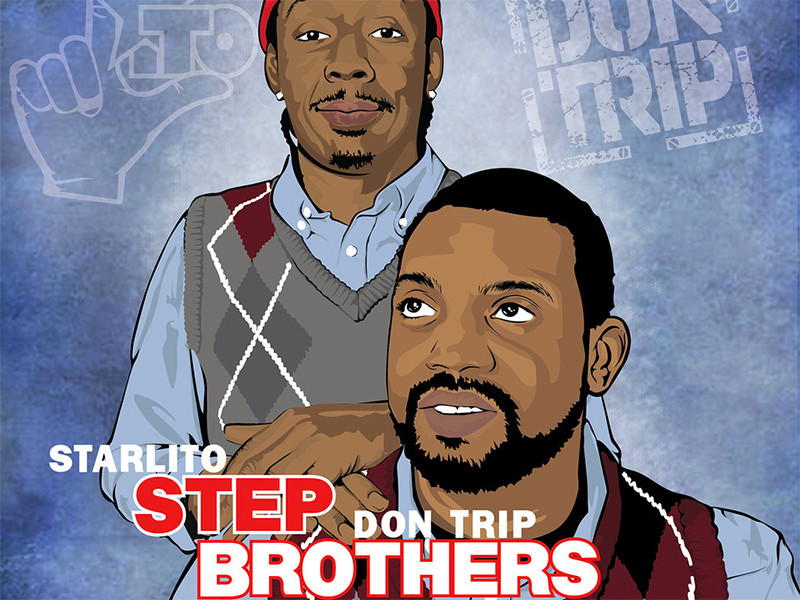 Starlito & Don Trip Get Their Will Farrell & John C. Reilly On With "Step Brothers Three"

After unveiling the video for “Good Cop Bad Cop” earlier this week, Starlito and Don Trip have returned with the entire full-length project, Step Brothers Three, the follow-up to 2014’s Step Brothers Two. Clocking in at 15 tracks, the album is another prime example of the duo’s undeniable rhyming compatibility and obvious sense of humor. Dressed as the characters Will Farrell and John C. Reilly played in the Step Brothers movie, the two apparently still have an affinity for the 2008 comedy.

The guest spots are kept to a minimum, allowing Starlito and Trip’s rap prowess to take center-stage. Production, on the other hand, is handled by a laundry list of producers, including Greedy Money, Trakksounds, NYSE and Red on the Beat.

Starlito and Trip warmed up their fans with the 6-track Step Brothers: Karate In The Garage EP last month and appear to be on a roll with new material. Check out the album art, tracklist and full stream below.