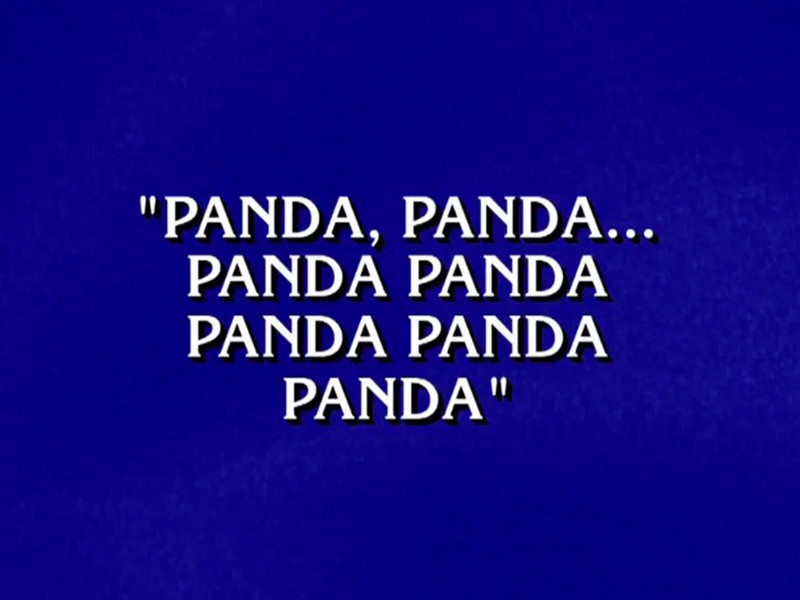 Alex Trebek Shows Off His Rap Skills On "Jeopardy!"

Veteran Jeopardy! host Alex Trebek is admired for plenty of reasons, and now we can add “flow” to the list.

In a special episode of Jeopardy! for college-aged contestants that aired Monday night (February 20), one of the categories was “Let’s Rap, Kids!” and there’s a good chance that Trebek came up with it himself just to have the opportunity to spits some bars on TV.

The 76-year-old rapped all the answers to the questions — answers that included lyrics from Kanye West’s “Famous,” Drake’s “Started From The Bottom,” Kendrick Lamar’s “m.A.A.d City,” Desiigner’s “Panda,” and Lil Wayne’s “6 Foot 7 Foot.” Perhaps unsurprisingly, “Panda” got the biggest laugh from the audience.

Trebek admitted once he was done that he wanted to keep going, and that he was just getting into it. One tweet featuring the footage has already gotten more than 20,000 RTs.

How about Alex Trebek rapping on Jeopardy! tonight pic.twitter.com/MNy9CEkf1p

Maybe there will be more opportunities for him to flex his rapping muscles in future, as the episode came to the attention of Gucci Mane who has now asked to co-host the show. The Atlanta rapper was part of the answer “Gucci Mane is featured on this duo’s number one hit ‘Black Beatles’.”

The rapper shared the clip on his own Instagram page and wrote “I think I need to co-host Jeopardy, wow.”

We’re all for if it means Alex Trebek gets a feature on the next Gucci Mane record.

I think I need to cohost Jeopardy ? wow #WhatIsAGiganticRecord!!!!