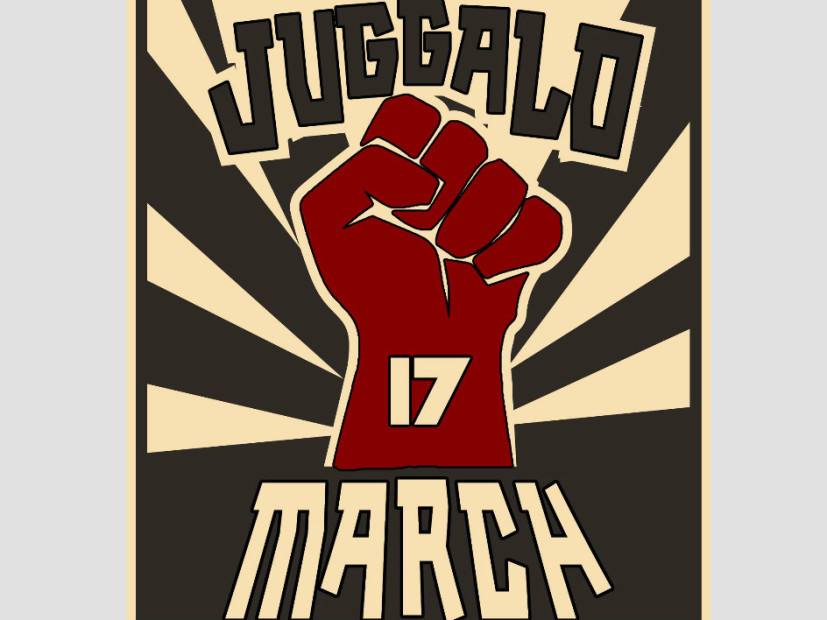 Washington D.C. – Insane Clown Posse is making good on its promises to march on Washington D.C. after its long battle with the feds. The official Juggalo March will be held September 16, according to the event’s website.

The page claims that the group is “back to square one” after their lawsuit against the FBI was dismissed for a second time. In 2015, Insane Clown Posse won an appeal after the FBI labeled the Juggalos a “loosely organized hybrid gang” in a report from 2011. The group’s initial lawsuit was dismissed in 2014 when a judge said the government had no control over how the FBI’s report was used by law enforcement in their treatment of fans.

The Psychopathic Records founding members maintain that the government unfairly treats its fans who associate themselves with the group through tattoos or jewelry displaying ICP insignia. The Juggalo March website also features a page with testimonials from fans claiming they were treated as gang members because of their affiliation with the group.

The Juggalo March will be followed by a free concert featuring other Psychopathic Records artists and friends of ICP, including 2 Live Crew, Vanilla Ice, Lil Wyte and Glasses Malone.

This year’s Gathering of the Juggalos, the 18th edition of the festival, is slated to be held in Denver for the first time since its inception.