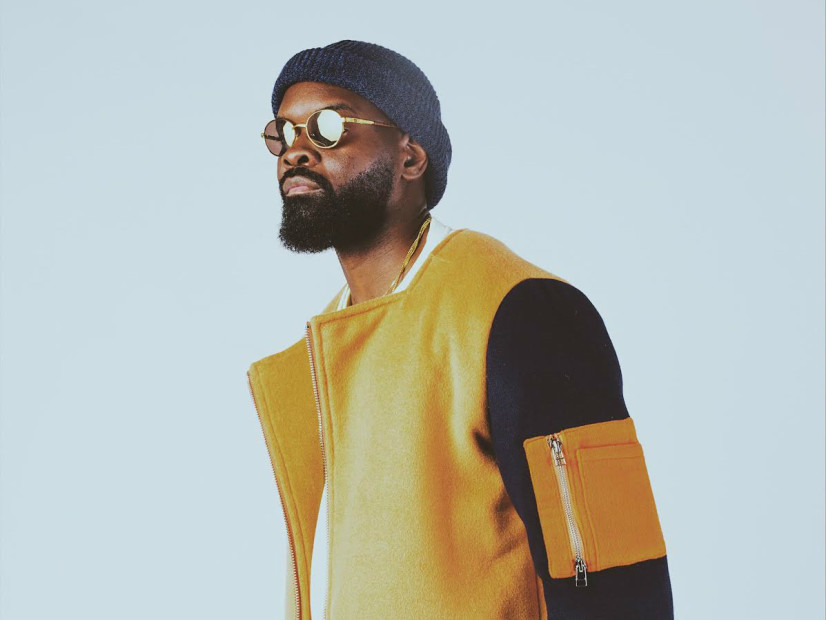 Street Symphony has records for Yo Gotti, 2 Chainz and G-Eazy on his resume, as well as a much-coveted Grammy Award. But the producer has even more up his sleeve that he’s ready to unleash.

Growing up on Carlos “Six July” Broady, Trackmasters and Timbaland, Street — born Torrance Esmond — refined his sound, grew his brand and is now one of the most trusted producers in the industry. Now that he’s in the game, he credits Honorable C.N.O.T.E. for helping him navigate the politics of it all.

Producer for such sentimental songs as Yo Gotti’s “Momma” and 2 Chainz’s “Halo,” Street says he doesn’t mind being known as the man behind heartfelt records. He explains how his art is more than making a backdrop for a rapper to rhyme over.

“A lot of times, it just depends on what the artist is missing from the project,” he says about the beats of his that rappers have chosen. “I’m fortunate enough to where when I deal with artists, we talk about the projects as well and to me, that just shows that they respect me as a producer, just not some beat maker because they wanna talk about the project and let me hear the project, what they got. Then for me, I can kind of fill in what I feel like the project is missing and I think that’s why I end up with those certain kind of records.”

Although he is comfortable being the heartfelt producer, Street wants his name on bangers, too. He’s continuing to work with Yo Gotti, 2 Chainz and G-Eazy on more and more music.

“At the same time, I’m on a mission, along with my team, Track or Die, to get some of these club bangers going and get on these charts and radio, because you see more of your success on that level,” he says. “I’m sure that’s gonna come. I’m looking forward to that. That’s kind of the goal for 2017.”

Street was slated to be on Meek Mill’s DC4 and there’s a clip floating around of a record he created for the MMG rapper and Young Thug. When the project came out without the song, it was rumored to be on DC4.5, which Street says might or might not be a thing.

“We’ve got a great working relationship, just didn’t make that specific project,” he says of working with the Philly rapper. “But man, Meek’s on fire right now so he’s recording several things so I’m sure people will hear more of our music in the future.”

For Street, the future means building his Track or Die company, which includes producers D.O. Speaks, 8×8 (pronounced eight-oh-eight) and J Super. He has a business partnership with Starlito and is working on building the careers of Compton rapper Uno Malo and Nashville rapper Lil Bre.

“Track or Die, it’s a lifestyle, one thing about most producers that I know that are serious, is that we live, breathe, sleep, eat music and just the music business,” he explains of his brand. “I think the name Track or Die, just like Jeezy was Trap or Die, you going hard trapping, we going hard with the music. This is it. It’s kind of one of those things where this is the only option. Track or Die is full of amazing talent that we all share that one thing in common. I feel like we’re like a music fraternity. We just all really just rock with each other real heavy.”

In regards to Lil Bre, the producer is excited to watch the 19-year-old blossom, especially as he’s from Tennessee and knows the state could use some shine from a new generation. He shares what he looks for when connecting with artists and why he believes in the young gun.

“First thing’s first, I gotta know that you’re serious about this, because I’m opening up a crazy network,” he says. “So if I’m going to invest my time, money and energy into somebody, again the first thing I gotta know is that you are about this life for real. Bre has charisma, works hard and his live show is solid. Although he’s only 19, right now with new artists, I think it’s about the kids. Observing the success of  [Lil] Yachty and [Lil] Uzi [Vert], and others around that age through a business lens, I felt like Tennessee was lacking with the new young kid wave. Memphis has had some popular artists with Gotti and you’ve got Blac Youngsta doing his thing… But Nashville, even as a major music city with talent, hasn’t really embraced urban music. I think Starlito and Young Buck kicked doors down for the city and the next generation, if smart, can prosper. Bre is a part of that next generation. We’ve got some good stuff on the way. I’m excited to share.”

Street himself has brought the city some shine with his Grammy Awards. In 2013, he won a trophy for Best Gospel Album for his work on Lecrae’s Gravity. In 2015, he returned after winning a trophy for Best Contemporary Christian Music Song for “Messengers.” His hometown now has Street Symphony Day on March 7 and he was able to create the “Street Symphony Scholarship” at his alma mater, Middle Tennessee State University, which is one of the biggest recording industry schools in the country.

“I remember when I was struggling trying to figure out how I could make it through college and still be in the recording industry as well,” he says. “I will say [the Grammys] definitely opened up those doors, definitely. I can go to Nashville and two phone calls, be in the mayor’s office. That’s real big.”

He comes to this conclusion after sharing that not all Grammys are the same and he hasn’t gotten any extra calls for his work on Best Gospel Album or Best Contemporary Christian Music Song. Instead, Street says that he remains hungry for more success.

“This is a ‘What have you done for me lately’ kinda industry,” he says. “So you win an award or achieve just like, you look at sports, ok LeBron [James] got one championship last year, but this is a new season, so yeah, you’re coming off of a championship, but you gotta do it all over again. So I don’t get too caught up on past achievements, I’m thankful for them and I’m thankful for the opportunity, but I just kinda look forward to the new goals and the next goals.”

There’s no doubt he is grateful for his work with several of the artists through the “glory years” of Christian Hip Hop. He says the niche genre just moves at a slower pace and doesn’t offer the same resources as the rest of the industry. He also points to the fact that artists such as Big K.R.I.T., Kendrick Lamar and J. Cole are bringing spirituality back into Hip Hop in a relatable way that there’s no longer a need for the “watered down” music.

“For me, I’m on to the new,” he says. “I’m onto the next challenge. I came, I conquered, I moved forward. I haven’t lost my spirituality or anything like that. That’s just music.”