No, Donald Trump Did NOT Steal Lines From Quavo For His Inauguration Speech 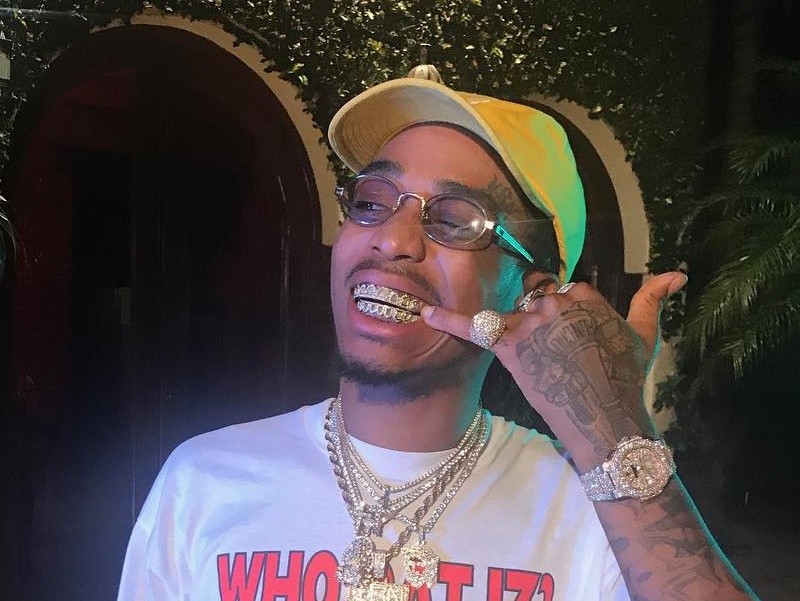 When Donald Trump gave his inaugural address to the nation last Friday, many internet users were quick to notice that he borrowed a line from Batman supervillain Bane.

Anyone else notice Donald Trump quoted Bane in his inauguration speech pic.twitter.com/woOQjB6vfn

Migos’ Quavo has gotten in on the plagiarism accusations by sharing a meme that claims the new president borrowed a line from his verse on Travis Scott’s “Pick Up The Phone,” an assertion that is actually pretty easy to fact-check and refute.

Even though the meme has gathered more than 100,000 likes since Quavo shared it late Friday night, it’s completely untrue. The Washington Post transcript of Trump’s speech features no lines bearing even a passing similarity to Quavo’s quote.

Throughout the speech, Trump never used the word “race” — nor did he say “I hate when we fight.” He also didn’t latch on to Quavo’s “discriminize” neologism. For better or worse, the word “equally” also did not make an appearance.

Quavo shared the meme to Instagram alongside the “Dat Way”-referencing caption: “Yo Artist Be Taking My Swag I Wonder If Can Come Take Some Of Urs!! Damn Trump.”

Yo Artist Be Taking My Swag I Wonder If Can Come Take Some Of Urs!! Damn Trump ?

Oh, and for the record, Quavo’s real name is Quavious Marshall, not Quavo J. Ratatouille.