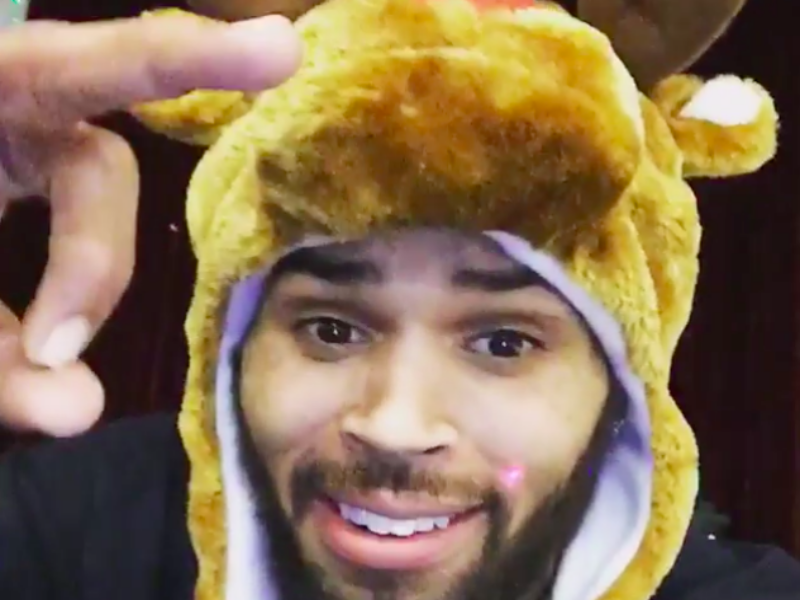 Chris Brown has posted a festive message to all his fans on his Instagram page… with a bit of a twist.

Dressed in a reindeer hat, the controversial singer has tried his hand at songwriting, adding a gangster take on the classic Christmas carol “Rudolph the Red-Nosed Reindeer” — coming up with a version that you’re very unlikely to hear on your doorstep this festive season.

“Rudolph the red-nosed gangbanger had a bunch of hoes

And if you ever saw them, you could say that he has bankrolls

But every time I go to the strip club… I get pussy for free! And I don’t have to pay.”

Someone had to ruin it! ?

There doesn’t seem to be anybody else around and we sure hope that Breezy isn’t spending Christmas alone, but if his own account is to be believed he doesn’t have to work very hard to find company. The video is certainly popular, it’s picked up more than a million views in the 15 hours since it went live.