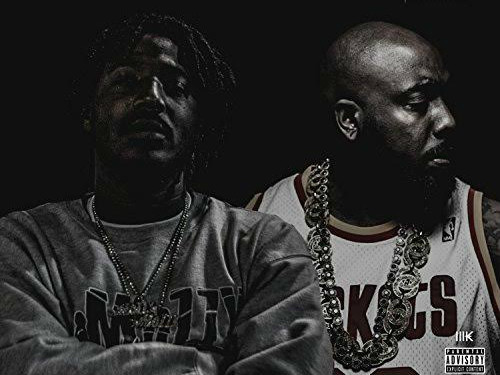 Trae Tha Truth and Mozzy have released their collaborative album, Tapped In.

The 17-track project was led by the single “Errybody On Go” where the Houston vet and rising Sacramento star trade bars. Guest appearances on Tapped In come from Snoop Dogg, Jadakiss, Dave East and more.

Production on the joint album mostly comes from JuneOnnaBeat, who hosted the two rappers in his home studio to record.

Stream Trae Tha Truth and Mozzy’s Tapped In album below via Spotify and keep scrolling for the cover art and tracklist.

(This article was first published December 2, 2016 and is as follows.)

Trae Tha Truth and Mozzy are bridging a generational gap with the announcement of their Tapped In album. The project is set for a December 16 release.

The Houston vet and Sacramento rising star team up for 17 tracks, including the lead single “Errybody On Go.” Guest appearances on Tapped In come from Snoop Dogg, Jadakiss and Dave East.

Trae Tha Truth has had an eventful year outside of music releasing his own emoji pack and more importantly, visiting the White House with Fabolous.

Check out Trae Tha Truth and Mozzy’s “Errybody On Go” video below as well as the Tapped In cover art and tracklist below. Pre-order the album on iTunes.