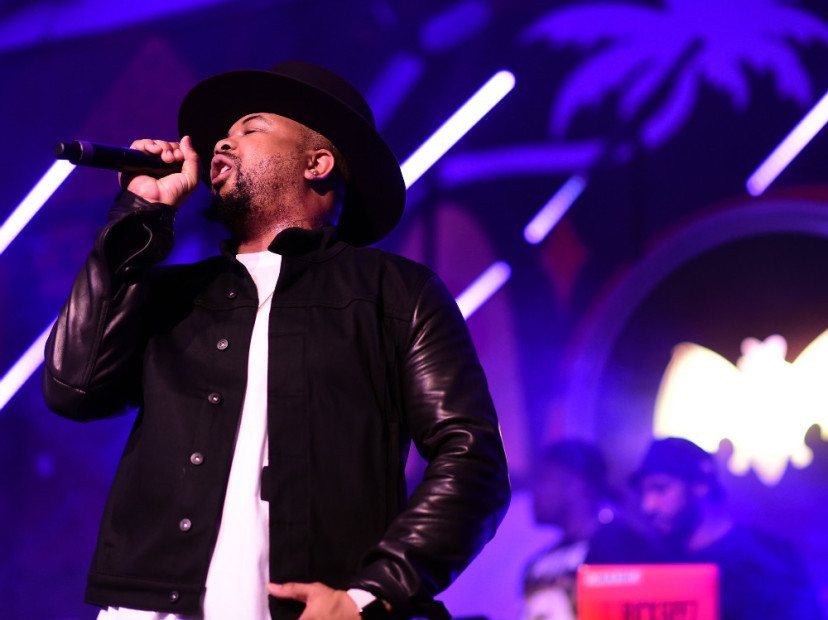 The-Dream has released his Love You to Death EP today (December 9).

The multi-talented artist follows up his Genesis visual album with the five-track project that includes an ode to Rihanna called “Rih-flex.”

The Love You to Death EP capstones a successful year for The-Dream, who contributed to Beyoncé’s LEMONADE, Solange’s A Seat at the Table and Kanye West’s The Life of Pablo.

The-Dream’s Love You to Death EP stream, cover art and tracklist are below.

(This article was first published November 30, 2016 and is as follows.)

The-Dream has some new music in store for his fans and it’s in the form of an EP called Love You to Death.

The legendary singer made the announcement on his Instagram page yesterday (November 29) and shared that Love You to Death‘s release date is December 9. This comes after he’s appeared on some of Hip Hop’s biggest albums this year, including The Life of Pablo, A Seat at the Table and a contribution to LEMONADE.

The-Dream’s last full-length LP was 2013’s IV Play, but last year he shared the Crown EP, which featured T.I. on “That’s My Shit.” This year, he released the 10-track visual album Genesis.

The Atlanta artist has also lent his vocals to a handful of tracks, including two Pusha T hits off Darkest Before Dawn last year, “M.P.A.” with Kanye West and A$AP Rocky and “M.F.T.R.” produced by Boi-1Da.