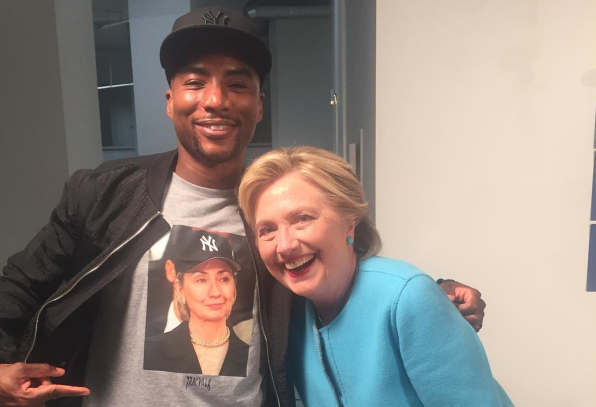 The ever entertaining radio host born Lenard McKelvey recently signed a deal with Touchstone, an imprint of publisher Simon & Schuster to release Black Privilege: Opportunity Comes to Those Who Create It. According to the Associated Press, the book will be available on April 18, 2017.

As arguably the most notable — and notorious — voice within Hip Hop radio, longtime followers (and haters) should prepare to literally read between the lines of the 36-year-old personality’s story. It deviates from his patented cultural norm.

“I wrote this for the dreamers, for the optimists; this book isn’t for pessimists,” Charlamagne exclusively tells HipHopDX. “This book is about embracing who and what you are regardless of race, gender, sexuality, and class. God gave you the privilege of this thing called life so regardless of what this society tells you that you can’t do and what you don’t have to understand you lack nothing God gave you everything you need to succeed.”

Black Privilege will reportedly chronicle his humble beginnings in Moncks Corner, South Carolina to becoming a voice of authority at Power 105.1 and MTV. The book is available for pre-order on Amazon now.

Take a look at some just a handful of The Breakfast Club’s greatest hits down below.