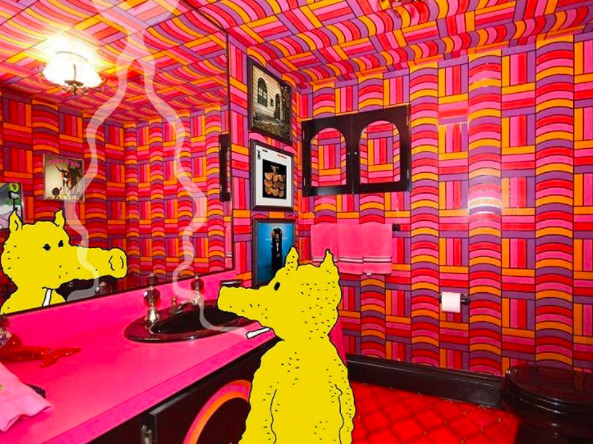 Upon further investigation, it turns out the photo could possibly serve two purposes. Not only is Quasimoto most likely returning with new music in 2017, but it also seems to point to a possible tour with a recently reunited Eric B. & Rakim, who made the long-awaited announcement on Twitter earlier this week.

The caption reads: “Proud to announce the reformation of Eric B., Rakim and Quas. New album and tour in 2017.”

Proud to announce the reformation of Eric B, Rakim, and Quas. New album and tour in 2017.

A post on Quasimoto’s Facebook account soon followed, which read simply, “The trio is back!” While nothing has been officially confirmed, just the prospect of either a tour or new album (hopefully both) has been enough to get fans excited.

After all, it seems the closest the trio ever got to working together was when Madlib sampled 1990’s “In The Ghetto” from Eric B. and Rakim’s Let The Rhythm Hit ‘Em album for Madlib’s 2010 Guilty Simpson collab, “Ode To The Ghetto (OJ Simpson Remix).”

Quasimoto’s last sighting was on the 2013 Stones Throw compilation, Yessir Whatever, which featured a collection of rare and unreleased Quas tracks “recorded in Lost Gates CA, some time between the late 1990s and the present and the future.”