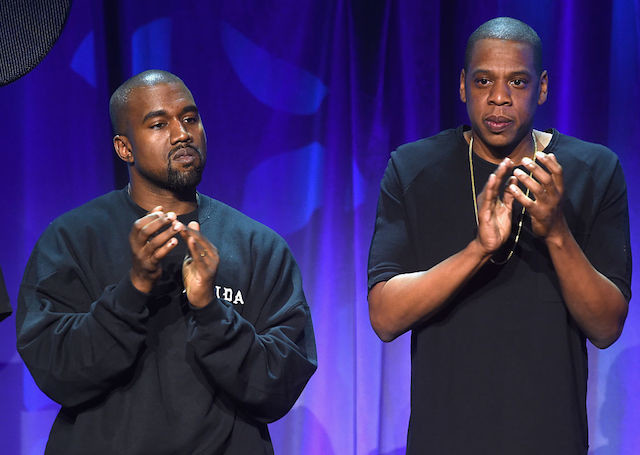 During the Reasonable Doubt 20th-anniversary pop-up shop/exhibition this past weekend in NYC, Carlos Greer for Page Six spoke to Biggs about the cold war that was recently made public and the music mogul concluded that the good ‘ol days were long gone.

“The last I saw [West], he spoke really highly of Jay,” Biggs, who is coming up on his one-year anniversary of freedom after doing nearly five years in prison on drug charges, stated. “I’m not sure about the relationship at this point. I spoke to Jay [after Kanye’s rant] and we’re both just like, ‘We miss the old Kanye.’ From what I know of Kanye, he’s usually really honest. So it sounds like something he’s going through right now. He may [say] something like that, and then three weeks later he may be back to, ‘That’s my brother.’”

#kanyewest ain't performing no songs with #jayz right now! #freekanye he wanna do his album with #drake and he. Also mad jay ain't pull up to visit his wife after she got robbed!

Only One N-Word In Paris: Kanye West has been deliberately skipping Watch The Throne songs during his Saint Pablo Tour.

According to the man himself, Kanye’s frustration stems from his “big brother’s” lack of support — verbal and physical — after his wife, Kim Kardashian was robbed at gunpoint in Paris. And in classic Kanye fashion, Yeezy decided to tell the whole world that he was angry.

“You wanna know how I’m feeling? Come by the house. Bring the kids by the house. Like we brothers. Let’s sit down,” he bellowed during his Seattle Saint Pablo pit stop.

“Our kids ain’t never even played together!!!”

Jay Z has notoriously become a tight-lipped superstar when it comes to keeping the media in the loop. And longtime fans and followers of Hova can expect it to stay that way.

“But at this point, with everybody’s career, we’re a little too old for rap beef,” Biggs concluded.