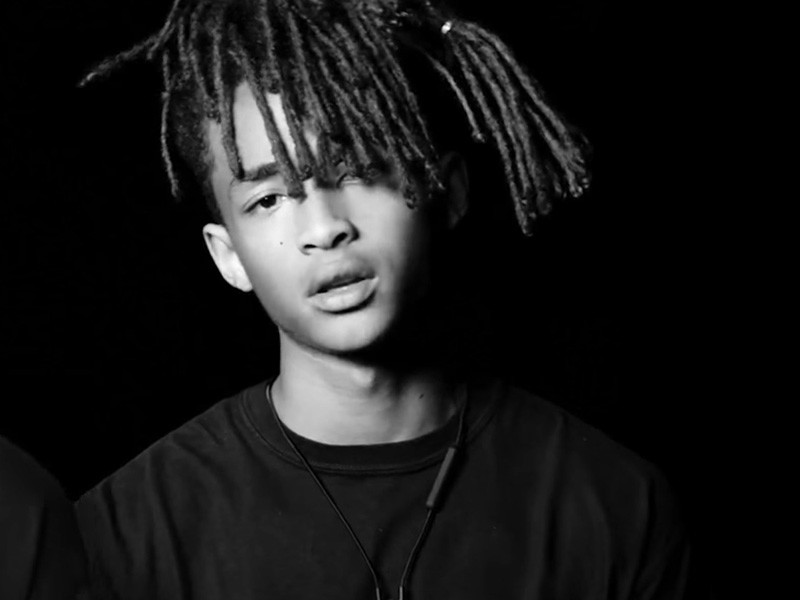 Black Eyed Peas/Where Is The Love
12

It’s not always 100% clear what Jaden Smith is talking about, but there’s no denying that Will and Jada’s son has become increasingly influential since bursting into the limelight through his vaguely philosophical tweets.

TIME Magazine this week declared Smith one of the world’s 30 most influential teenagers, writing: “Smith might be the offspring of two established Hollywood celebrities, but he’s building a brand — and a following — by rebelling against mainstream culture.”

The publication justified their pick by referring to Smith’s recent efforts to “subvert traditional gender norms” by wearing a skirt in a Louis Vuitton ad campaign, and starting his MSFTSrep clothing line and arts collective in order to help young people express themselves more freely without gender constraints.

Thank You So Much @louisvuitton And @nicolasghesquiere For The Opportunity To Impact This World. |||

Despite his occasionally confusing tweets, the 18-year-old has started making moves as both an entrepreneur and an entertainer — unveiling his environmentally-friendly water-bottling company JUST and starring in Netflix’s The Get Down. He also continues to make music, recently putting out a track with Rich The Kid called “Like This.”

So we assume that it’s Mr. Smith’s many business pursuits and artistic talents that TIME was prizing when bestowing the honor upon Smith, rather than his occasionally confusing tweets, such as this one from just last week when he wrote: “One Time I Went To The, And Then I Dropped The Needle On The Record Industrial Complex For The 5th Time This Month While I Bathed In Sorbet”

One Time I Went To The, And Then I Dropped The Needle On The Record Industrial Complex For The 5th Time This Month While I Bathed In Sorbet

It is entirely possible that tweets like these are influencing young people all over the internet — we’re just not sure exactly what those kids are being influenced to do. Where does one even get enough sorbet to fill a bathtub?