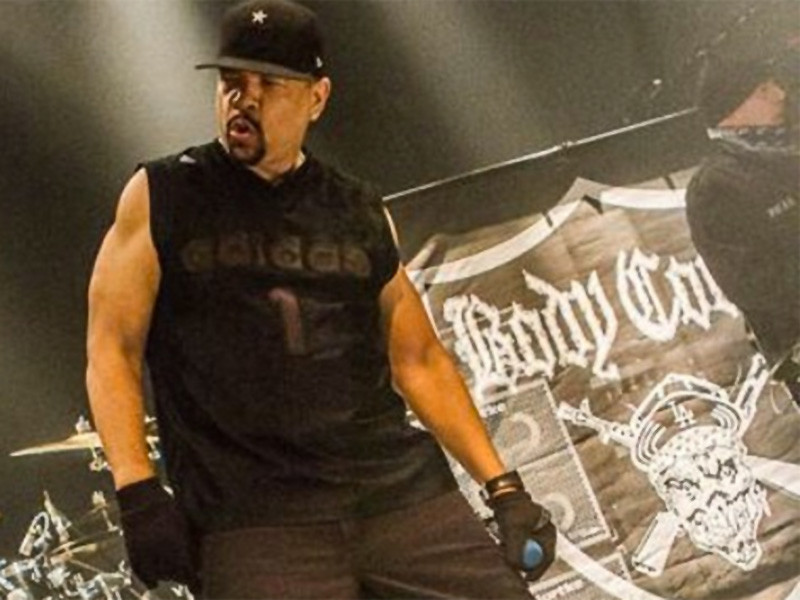 Rapper-turned-rocker-turned-actor-turned-back-to-rocker Ice-T has announced a follow-up to Body Count’s 2014 album Manslaughter to be released in 2017.

The Law and Order: Special Victims Unit actor, who is now 58, told Revolver Magazine that “We did [Manslaughter] to test the water to see if there was still a market for our music. And it worked. People were excited to see the band, so once we got that foothold we decided to go back out and hit ‘em with everything we’ve got.”

Revolver have described the sonic theme of the upcoming album, titled Bloodlust, as “mid-paced metal songs” and “thrashers” but Ice-T always brings his Hip Hop influence to the vocals and lyrics of Body Count’s work.

Previous hits such as “Talk Shit, Get Shot” exemplify the band’s style, though apparently fans can expect something new on next year’s record, including one “slow melodic rocker called This Is Why We Ride. ”

Speaking on his lyrical process, Ice-T explained “I like to start with hot metal tracks that you can listen to without a word on them and go, ‘Wow, that was just like fire!’ The music tells me what the song is about, and that’s when the words start coming to me. Then it’s up to me not to fuck it up.”

If you like violence in your lyrics, Bloodlust, maybe unsurprisingly, could be the record for you. Asked what topics the album will cover, Ice-T told Revolver that there’d be political songs but also “gang-oriented” tracks and some horror-core too. “Bloodlust is part of the human makeup. Murder is about as normal as love. It’s in our nature to want to get violent and kill, but we know there are consequences. That’s why we like violent movies, video games and combat sports. It’s in our DNA. It’s what we are.”