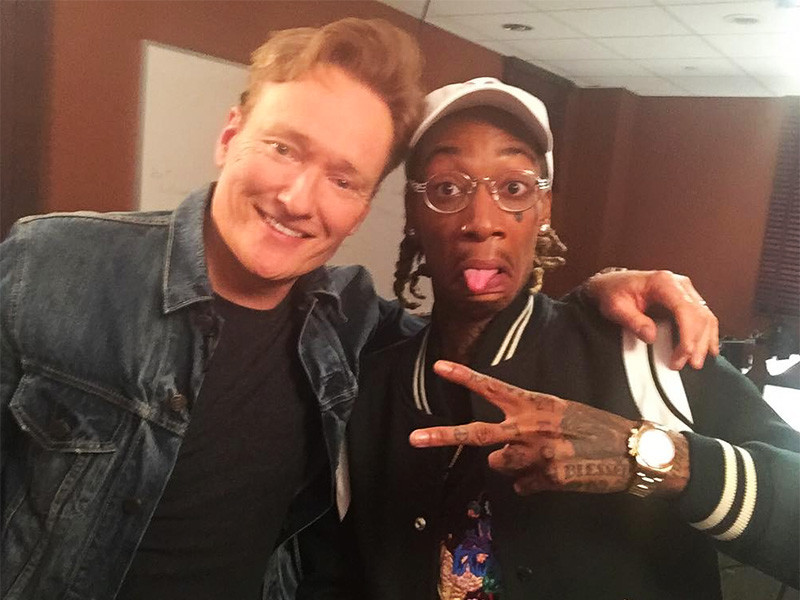 Pittsburgh lyricist Wiz Khalifa was recently recruited to “help mellow out the vibe a little bit,” during a gaming session for the new “Gears Of War 4.”

As part of the “Clueless Gamer” segment on “Conan,” Wiz played “Gears Of War 4” alongside the show’s host, Conan O’Brien.

“I think we can help put some mellow on top of it. I got a little bit of chill to give, man. We gon’ have some fun,” Wiz declared. “I’m ready to fuck shit up.”

Given that “Gears Of War 4” centers around players defeating “a monstrous new enemy,” Wiz expressed his shock at defeating what he referred to as “a robotic Tyrannosaurus rex.”

“I never had to rip a robotic Tyrannosaurus rex’s head off before, but something told me that if that’s what I wanted to do that’s how I should have done it,” the rapper said.

“Gears Of War 4,” which features playable Killer Mike and El-P characters, is scheduled to be released on October 11 on Xbox One. The game is currently available for pre-order.

Watch video of Wiz Khalifa and Conan O’Brien’s playing “Gears Of War 4” below.