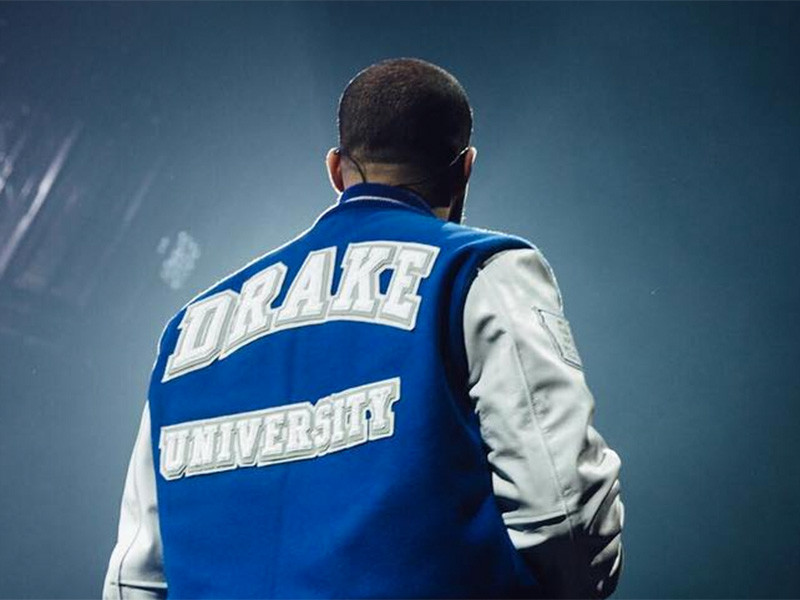 Des Moines, Iowa – Students at Drake University in Des Moines, Iowa finally got their wish to #BringDrakeToDrake. The hashtag became part of a social media campaign to draw the rap superstar to the small private university while he passed through town for a concert.

Unfortunately, for students who weren’t pulling an all-nighter, they missed out on the opportunity to meet the singer/rapper given that he arrived at the school around 2:30 a.m. today (October 5).

In the wee hours of the morning, Drake uploaded a photo of himself posing atop a Drake University sign on the school’s campus.

He also uploaded a series of Snapchat videos where he visited some sorority houses.

“Look Kappa Kappa Gamma, I’m outside your sorority house right now. And you’re all sleep…Kappa Alpha Theta, we out here. Waiting on you. We waiting on you,” Drake said.

Kappa Alpha Theta did have the courtesy to offer their “sincerest apology” to Drake.

Drake’s visit to the university came hours after a false alarm sent students into a stampeding frenzy.

The entire student body is running toward Drake the rapper. It was a false alarm. #BringDraketoDrake @DrakeUniversity pic.twitter.com/GfIhXm4BUU

Drake just so happened to be in Des Moines this week for his Summer Sixteen Tour with tourmate Future. While performing at Des Moines’ Wells Fargo Arena, the rapper rocked a blue and white Drake University letterman jacket.

IOWA I WILL BE BACK EVERY TOUR