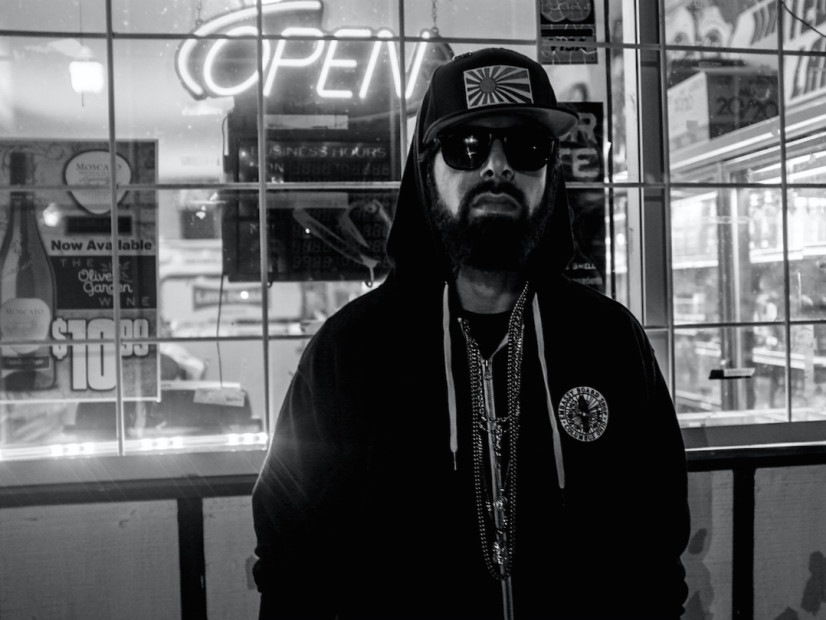 After the DXclusive premiere for the “Martin Shkreli Killa” video yesterday (September 28), Ohio rapper Copywrite unknowingly sparked a Twitter war with Mr. Shkreli himself after the former Turing Pharmaceutical CEO and owner of the one-of-a-kind Wu-Tang Clan album got wind of the track. In a since-deleted tweet, Shkreli tells the former Weathermen rapper he has “weak bars” before other people comment in Copywrite’s defense.

He also gives Copywrite some advice on his rap career, while others challenge Shkreli to battle him. 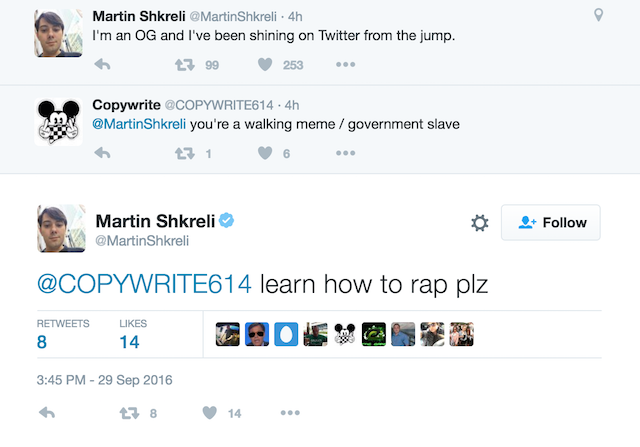 This comes after Shkreli, who is someone who is hated throughout the rap community, actually presented the opportunity for someone to buy a chance to punch him in the face. In a Twitter post he wrote on Monday he said, “I will auction one slap/punch in the face to benefit my friend Mike who passed away & leaves behind a young son who survived cancer.” 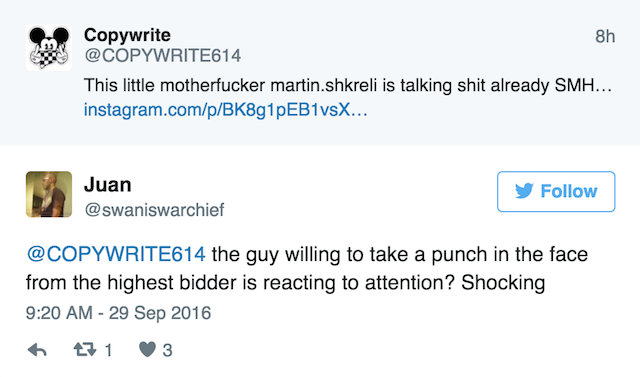 “He is the definition of a culture vulture,” Copywrite tells DX of the entrepreneur. “He is hoarding a Wu-Tang album that the Hip Hop community is dying to hear and he’s also hoarding AIDS medication that millions of human beings are dying without. He seems to have a power complex that he needs to seek professional help.

“For him, the Napoleon Complex is extremely real,” he continues. “He reminds me of the spoiled kid who was the first on the block with the newest game system and instead of enjoying it himself, he’s outside with it unplugged bragging to the less fortunate kids about how he won’t share it with them. This is not what our godfathers sacrificed for when they created this culture that we live and breathe. He used my song to create another go fund me that allows the highest bidder to punch him in the face. I want everyone to do themselves a favor and don’t pay a penny.”

Copywrite has no qualms with doing the job at no cost. “I’ll be in New York October 23 to do it for free,” he adds. “That is, if he has the balls to meet up with me.” Judging by the general consensus, Shkreli most likely won’t show up. He’ll be bumping that Wu-Tang album and hoarding all the drugs. 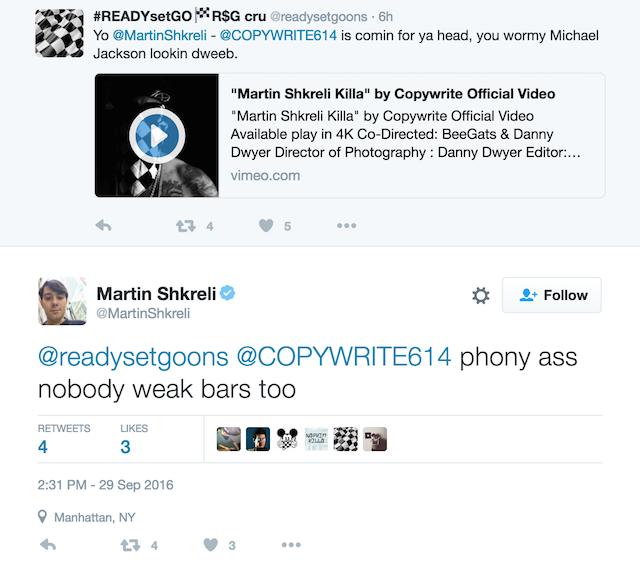 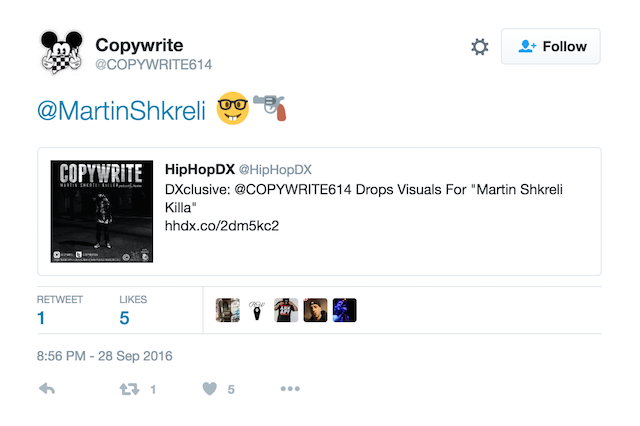 Last year, HipHopDX spoke with Shkreli about the infamous purchase of the Wu-Tang album, Once Upon A Time In Shaolin his fandom of Hip Hop.

“The arts for me is about art,” he said. “Hip Hop for me is a lot of things. You get so many things with Hip Hop. You get tremendous art. Look at Talib Kweli or [Mos Def] or any of these tremendously gifted intellectual artists. Even Jay Z. When I met him, he gave me this big hug. I told him that all of my success, he inspired it.”