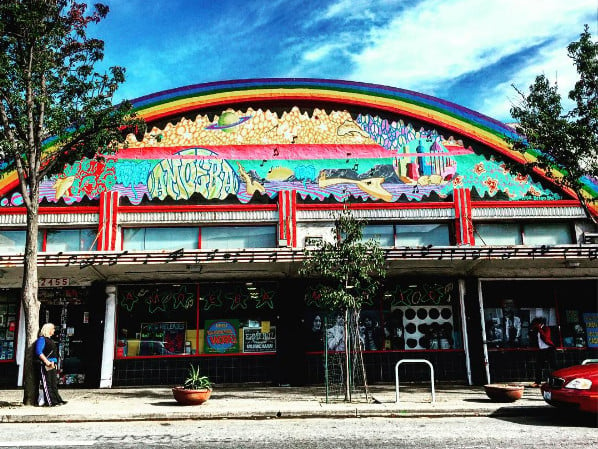 Berkeley, CA – Amoeba Music has always maintained its fierce reputation as “The World’s Largest Independent Record Store” with most locations stocking over 100,000 CDs, vinyl records, and audio cassettes. Founded in 1990 by former employees of Rasputin Records, the first Amoeba location was opened on the corner of Telegraph Avenue and it expanded from there. Although the Sunset Boulevard location might soon see its demise, the flagship store figured out a way to stay in business indefinitely.

According to an article in the East Bay Express, The Berkeley City Council agreed to grant the iconic store a license to dispense medical cannabis, which will be called BC3, for Berkeley Compassionate Care Collective. Amoeba employee, Debby Goldsberry, could barely contain her enthusiasm in a September 20 Facebook post.

While the permit is definitely a step in the right direction, it could be several months before the pot shop officially opens its doors. The shop requires exterior remodeling and the conversion of the store’s jazz room into a fully functioning entity, which also requires additional approvals from Berkeley’s Department of Planning and Development. If the plan works and the income starts flowing in, more record stores could follow suit. Digital Music News reported a 9.1 percent decline in record sales in 2016, so this idea may be presenting itself at the perfect time.