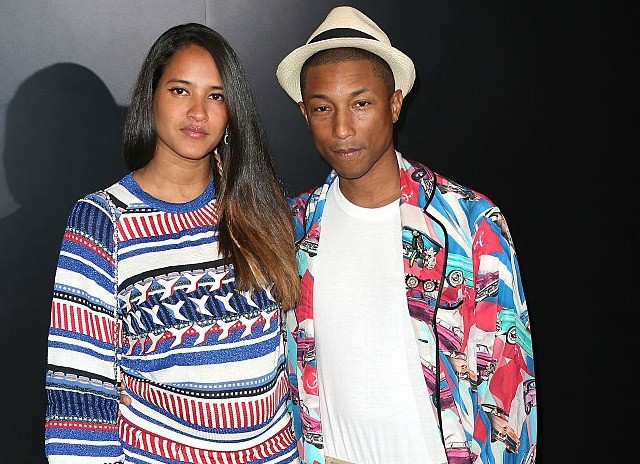 West Hollywood, CA – It goes without saying that Skateboard P is once again a “Happy” camper.

He and Helen Lasichanh, 36, his wife of nearly three years, have announced the pending birth of their second child together. The couple already have a 7-year-old son named Rocket Ayer.

The news was confirmed last week by People at the launch of Chanel’s new fragrance, N°5 L’EAU during a celebrity-studded dinner in West Hollywood. A wide array of notable faces such as Nas (who also performed), Kristen Stewart, Milla Jovovich, Lily-Rose Depp and dozens of models all turned out to the Sunset Tower Hotel for the fifth reimagination of the fashion killer scent.

On 2010’s Despicable Me: Original Motion Picture Soundtrack, the projected that predated the LP that brought forth is career re-defining smash hit, “Happy,” Williams, 43, dedicated a song to his song titled “Rocket’s Theme” where he sings to his first-born: “Did you read the paper? They’ll be coming for us soon/Come on Rocket, we’re going to the moon/We could shoot for the sun, but that’d be too soon/So one step at a time. Let’s get the moon.”

Congratulations to the proud parents! Photos from the N°5 L’EAU can be found below.

And Nas got a free dinner and a performance paycheck. Win.