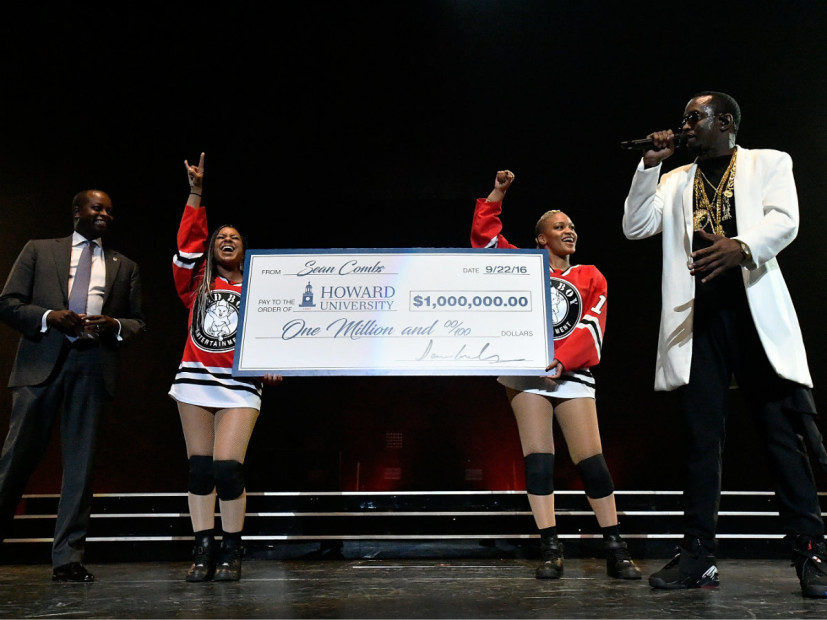 The contribution comes just ahead of the historically Black school’s 150th anniversary in March 2017.

The scholarships will start in fall 2017 for undergraduate Business majors who maintain a 3.0 GPA and who need help paying for the program.

Combs, who attended the university for two years in the ’90s, left before he completed his degree, but received an honorary doctorate from the school in 2014.

“I was blessed to receive a great education from Howard University – one of the best schools in the world – and it helped to fuel my success in business and life,” Combs said in a statement. “This scholarship will make it possible for the next generation of leaders to pursue their dreams and achieve greatness. When I delivered the commencement address at Howard, I asked the students ‘Do you know how powerful you are?’ I know that Howard students are intelligent, talented, passionate, and their hard work will shape the future.”

Howard University President Wayne Frederick also released a statement, saying “The scholarship fund that Mr. Combs has established at Howard will help provide life-altering opportunities for our students, particularly at a time when many come to Howard struggling to meet ever-increasing financial needs. The University is grateful for Mr. Combs’ ongoing efforts to open doors for talented, hard-working individuals and improve their chances of navigating the way to personal and professional fulfillment.”

Currently in the middle of a 20-show run, the Bad Boy Family Reunion Tour celebrates 20 years of Bad Boy Entertainment and resumes tonight (September 23) in Philadelphia.