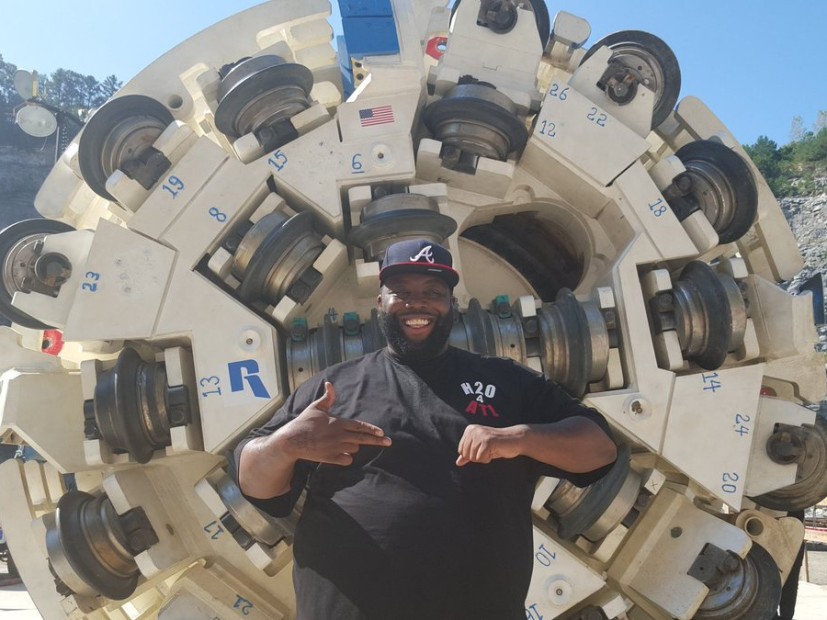 Atlanta, GA – An $11.6 million tunnel-boring machine in Atlanta has been named in honor of Killer Mike.

On Wednesday (September 21), city officials revealed the name Driller Mike had beaten out over 700 online submissions, including The Peach Beast and Scarlett.

The machine, which will eventually enable Atlanta to store a month’s supply of water underground, will dig a five-mile tunnel starting from a 350-foot deep reservoir, holding 2.4 billion gallons of water under the city’s downtown area.

“Before I die, I want a street named after me, maybe Michael Render Way,” Killer Mike said to the Associated Press while reacting to the news. “But this is a great midlife goal. This is truly an honor.”

“I laughed hysterically,” the rapper said of the machine’s name. “It was the funniest thing in the world to me. I didn’t take it seriously, because I’m a rapper. Cities don’t associate themselves with rappers. But I’m a business owner, a dad, an active member of politics in Atlanta, so I was honestly honored that people in Atlanta saw fit to name something after me.”

Check out some tweets from (the Outkast referencing) Driller Mike Twitter feed below.

Thanks, George. You know the whole world loves it when you're in the news. https://t.co/oi5xcncgaZ https://t.co/anYkJnnNuM