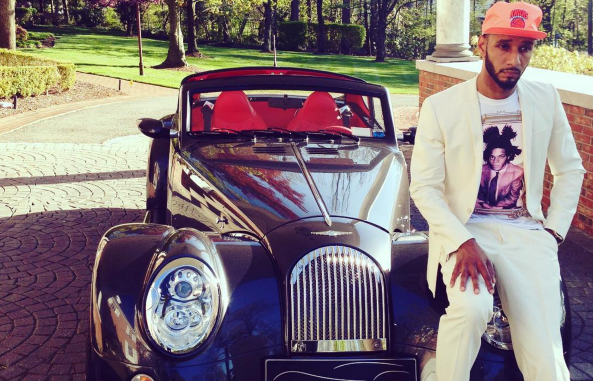 Like Jay Z, Swizz Beatz is a business, man — having his platinum-selling hands in everything from scoring classic rap records to executive positions at Reebok to collecting art that will appreciate over time.

Unfortunately for the 38-year-old Hip Hop superproducer, one of his many business ventures has turned into a lawsuit, as he’s being accused of helping spearhead a racketeering luxury car service that double-booked the hot wheels and illegally resold them for profits.

According to the lawsuit filed by Metro Gem Leasing and Funding Corp. and obtained by the New York Post, Swizz (real name Kasseem Dean) and his former business partner Macky Dancy worked together at the Dancy Auto Group dealership where the ex-Ruff Ryder was said to have leased 10 cars between 2013 and 2016 at rates of up to $7,000 a month, including a Bentley Continental and a Ferrari F12, for him “and his wife Alicia Keys” to use.

It was then, Metro Gem says, that the Great Neck, Long Island-based company would distribute the high-end vehicles to third parties at a much higher price tag.

The entire amount of the civil lawsuit: $42 million.

A woman told The Post that the Dancy Auto Group dealership had been renamed and had since distanced itself from Dancy.

In a statement sent to HipHopDX, Swizz relayed a message that outlines his innocence in the entire ordeal.

“Kasseem Dean, Swizz Beatz Productions and their affiliates are innocent pawns in a years-long, multi-million dollar dispute between Metro-Gem Leasing and its partner, Macky Automotive Group,” the statement begins.

“Mr. Dean, in fact, has never dealt directly with Metro-Gem. Metro-Gem is using Mr. Dean’s celebrity status unfairly in a thinly disguised attempt to gain improper leverage against Macky Automotive Group. Mr. Dean and his affiliates have good faith defenses and will defend themselves vigorously, including pursuing counterclaims against Metro-Gem. Mr. Dean will not allow his good name to be tarnished or for Metro-Gem to bully him.”