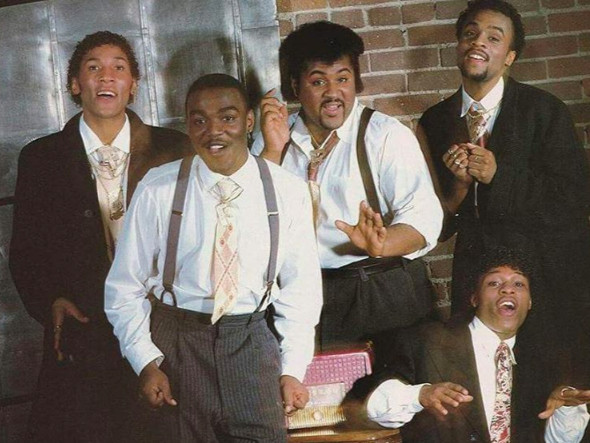 Trisco Pearson, a member of the pioneering rap/R&B group Force MDs, has lost his battle with Stage 4 cancer. The Staten Island, New York native passed away peacefully on Friday (September 16) presumably surrounded by loved ones.

In 1984, the group—initially comprised of brothers Stevie D., Antoine “T.C.D.” Lundy, and Rodney “Khalil” Lundy, and their uncle Jessie Lee Daniel—signed a deal with Tommy Boy Records and released its debut album, Love Letters that same year. At this point, Pearson and Charles “Mercury” Nelson had also joined the group, rounding out the ever-evolving line-up.

They were some of the first to blend New Jack Swing, R&B, and classic Hip Hop into one, seamless concoction. With hits such as “Love is a House,” “Itchin’ For a Scratch,” and “Tender Love” (which appeared in the 1985 cult classic film Krush Groove), they quickly solidified their place in music history.

Sadly, Pearson is the fourth MD member to pass away. Mercury died from a heart attack in 1995, while T.C.D. died of Lou Gehrig’s disease in 1998, and one of the group’s former DJs, DJ Dr. Rock, reportedly died in 1996 due to natural causes.

The family released a statement via Facebook that read:

“Brothers & Sisters and our Friends in Music.

It is with the deepest regret that we announce that One of Our own Trisco Pearson Of The Beloved Group, The Force M.D.’s has passed and finally went home with no more pain. Trisco was truly our Brother, coming from Staten Island New York to transport talents that reached around the world. We will miss him but know he joins our Brothers TCD and Mercury on the Heavenly concert stage.

The Force MD’s & The Pearson Family Greatly Appreciate Your Love & Support, As We Come Together for our Dear Brother
May he Rest In Peace…