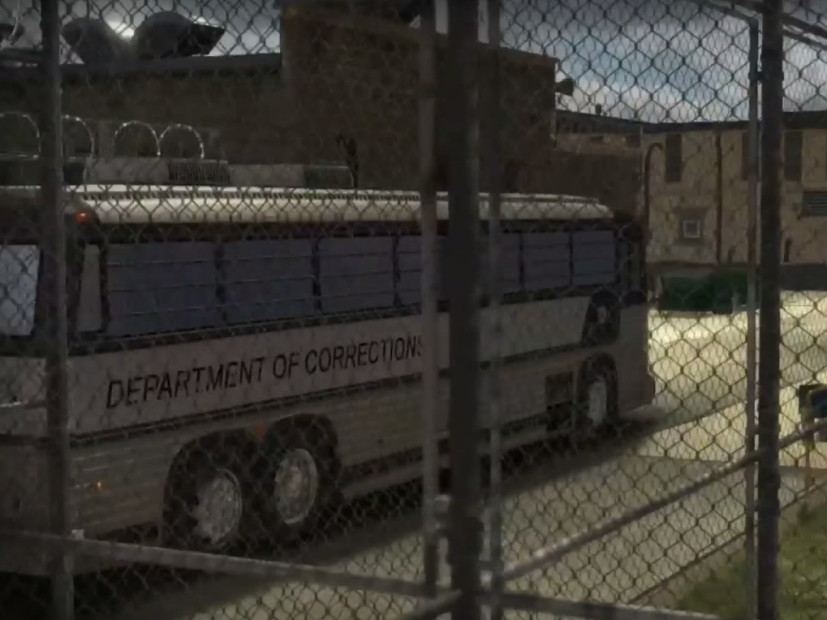 Bronx, NY – Correctional officers are supposed to maintain security within the institution, and oversee the health and safety of not only staff but also its prisoners. That’s not what happened on July 11, 2012, when inmate Jahmal Lightfoot was brutally beaten by six guards at New York City’s Riker’s Island jail, home to Bobby Shmurda for the past two years and, on average, 11,000 other inmates.

Those six guards were sentenced on Friday (September 16) for Lightfoot’s savage beating, which left the inmate with fractured eye sockets and a broken nose, Reuters reports. Captain Gerald Vaughn allegedly ordered several officers to assault Lightfoot to send a message to other prisoners, but it looks like the correctional officers are getting a message of their own.

Bronx Supreme Court Judge Steven Barrett handed out 6-1/2 years to Eliseo Perez, 49, who was an assistant chief for security at the time of the attack and reportedly told the inmates, “Somebody’s leaving in an ambulance tonight,” before the beating that occurred on July 11, 2012. Vaughn, 49, was sentenced to 5-1/2 years in prison. Additionally, Justice Barrett imposed 4-1/2-year sentences on officers Alfred Rivera, 47; Tobias Parker, 46; Jose Parra, 47; and David Rodriguez, 41.

Two other guards, Harmon Frierson and Dwayne Maynard, who were both convicted in June, avoided jail time for helping to cover up the attack. Instead, they were each sentenced to 500 hours of community service. A ninth guard was acquitted at trial, while a 10th guard charged in the attack has yet to face trial.

According to Mark Peters, the commissioner of the city’s Department of Investigation (DOI), “DOI’s investigations exposing and preventing the types of corruption that fuel violence have resulted in more than 30 arrests of Correction Department officers and staff over the last two years and led to dozens of reforms.”

While the defendants reportedly plan to appeal, hopefully some of these stiff sentences send a message to other jails that violent attacks at the hands of correctional officers won’t be tolerated.

As one of the country’s largest jails, Riker’s Island has long suffered from widespread problems, including a lack of staff members, unspeakable violence among inmates, questionable recruiting and protocols for guards, a deficiency in the number of security cameras, and in this case, guard misconduct.