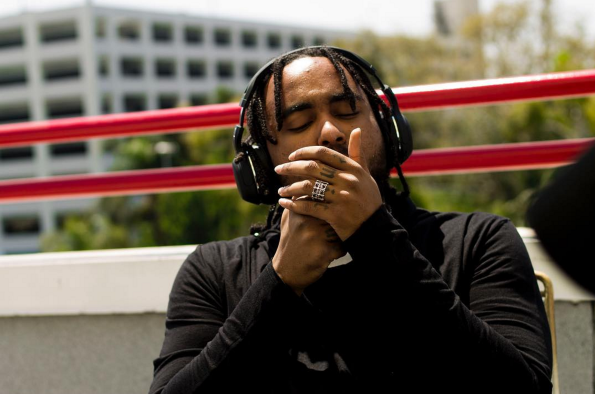 Miami, FL – DJ Khaled’s We The Best rookie Kent Jones won Summer Sixteen about as good as any artist could when there are several Drake songs on the radio. His debut single, the feel-good “Don’t Mind,” not only was certified Gold by the Recording Industry Association of America (RIAA) for selling over 500,000 digital copies, it peaked at No. 8 on the US Billboard Hot 100, hit No. 3 on the US Billboard Hot R&B/Hip-Hop Songs and grabbed the top spot on both the US Rhythmic and US Hot Rap Songs Billboard Charts.

For his first full-length project since the breakout smash, the Miami representer has recruited the likes of E-40, Ty Dolla $ign, Lil Dicky (all on the same track!) as well as Yo Gotti, K Camp for the aptly titled Too Much Too Soon mixtape. Fans who have marveled at his accomplishments thus far will also be impressed that he chose to combat the bulk of production himself, alongside other beatsmiths such as Illa and 808 Ray.

Take a listen and get the free download of Kent Jones’ Too Much Too Soon mixtape below.

Konnichiwa, N’ap boule, bonjour and all that other good foreign stuff.