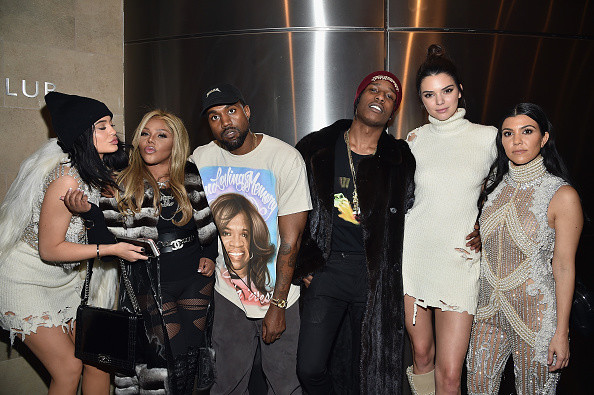 New York City, NY – According to the NYDailyNews, Kendall Jenner is the latest Keeping Up with the Kardashians star to be keeping the company of a famous rapper.

The 20-year-old fashion supermodel reportedly put her foot down when a photographer snapped her likeness outside Squares, Quality Branded’s new nightclub in the Nomad district as she headed in to support her rumored boyfriend, A$AP Rocky and other members of the A$AP Mob at Under Armour’s New York Fashion Week afterparty on Thursday, September 15.

“Kendall wouldn’t allow pictures because the rumors of her and A$AP still aren’t confirmed,” sources relayed to the Daily News.

Other curious eyes said Jenner used her bodyguards for cover as she made her way to the VIP section with the Harlem Hip Hop outfit, Gigi Hadid’s younger brother, Anwar, and popular NYC-based tattoo artist, JonBoy. Although there wasn’t any photography of interaction, Lord Pretty Flacko Jodye and Kendell allegedly “laughing and looked like they were having a great time.”

The recent Daily News’ report is building on more circumstantial evidence than your average celebrity hookup witchhunt. Back in February, the gossip started buzzing when the 27-year-old Rocky supported Jenner’s PacSun launch in New York, which was followed by more public sightings such as her presence at the Panorama Music Festival back in July and them being coupled up at little sister Kylie’s 19th birthday party in August.

Rocky joins the prestigious list of rappers such as Tyga, French Montana, The Game and of course, Kanye West, who have “dated” members of the Kardashian clan.